One of the city’s oldest high schools has received a face lift.

New windows have been installed at W.B. Ray High School. Those repaired are all facing Texan Trail and were original to the building since its 1947 opening.

“W.B. Ray is a very well built school,” she said. “We have those hardwood doors and marble floors, but the windows were the ones that were a little crackly. So, getting these new windows just adds to the aesthetics of the building.” 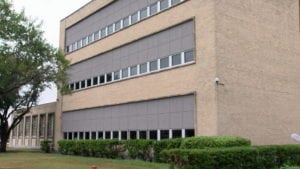