Border Patrol Agents in Falfurrias arrested a man today who was impersonating a first responder during a failed human smuggling attempt.

According to U.S. Customs and Border Protection, a Border Patrol K-9 alerted agents to a marked Fire and Emergency Medical Service vehicle at the Falfurrias Checkpoint. 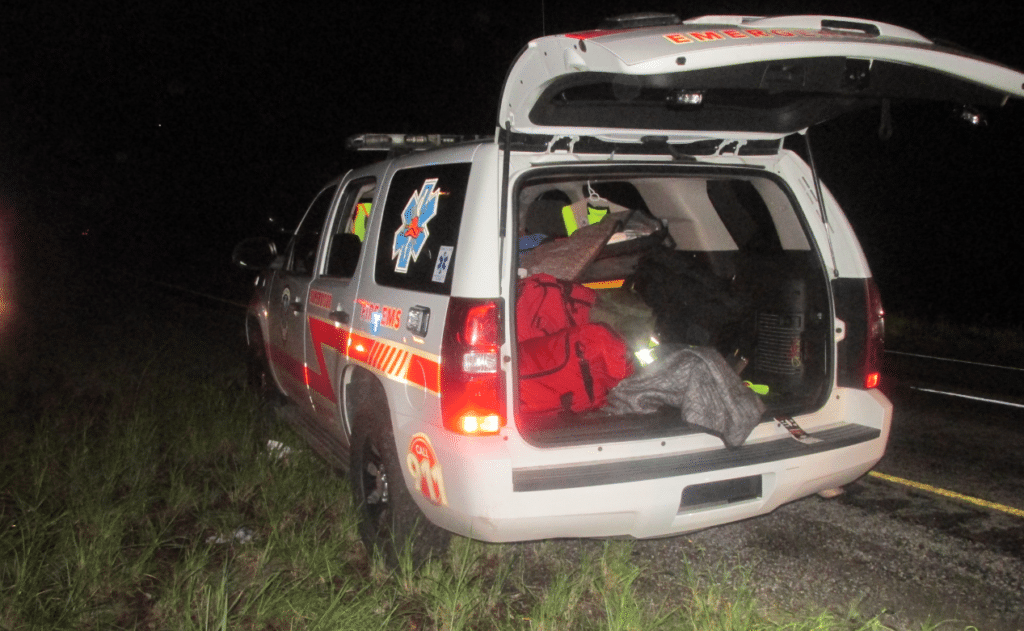 CBP says the driver then fled the checkpoint at high speed. As agents pursued the vehicle, it came to an abrupt stop and several passengers jumped out and began to run away.

Border Patrol later determined the passengers to be Brazilian nationals who were in the U.S. illegally.

CBP says the case is under investigation and will be referred to prosecution.