CORPUS CHRISTI – When driving into Port Aransas from the south, on your left side you may notice two massive towers, both holding a major necessity for the city.

The newer of these towers has had its setbacks during construction.

First, Hurricane Harvey delayed work and now officials with Landmark Structures, the company building the current tower,  are not satisfied with the outward of the appearance of the tower, so the re-working stage began. 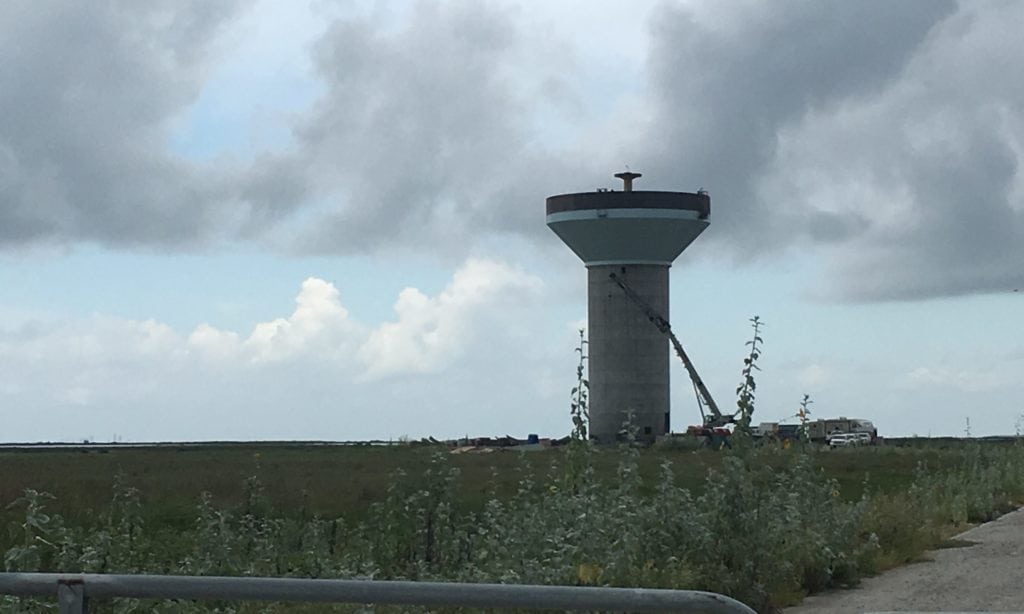 Workers are making these upgrades so the tower can stand for what the company hopes is more than 100 years.

Yet, at this moment the tower passes industry standards, manufacturing codes, and has no structural issues.

Port Aransas Mayor Charles Bujan says the city is growing in both residents and visitors and this new water tower will help with demands.