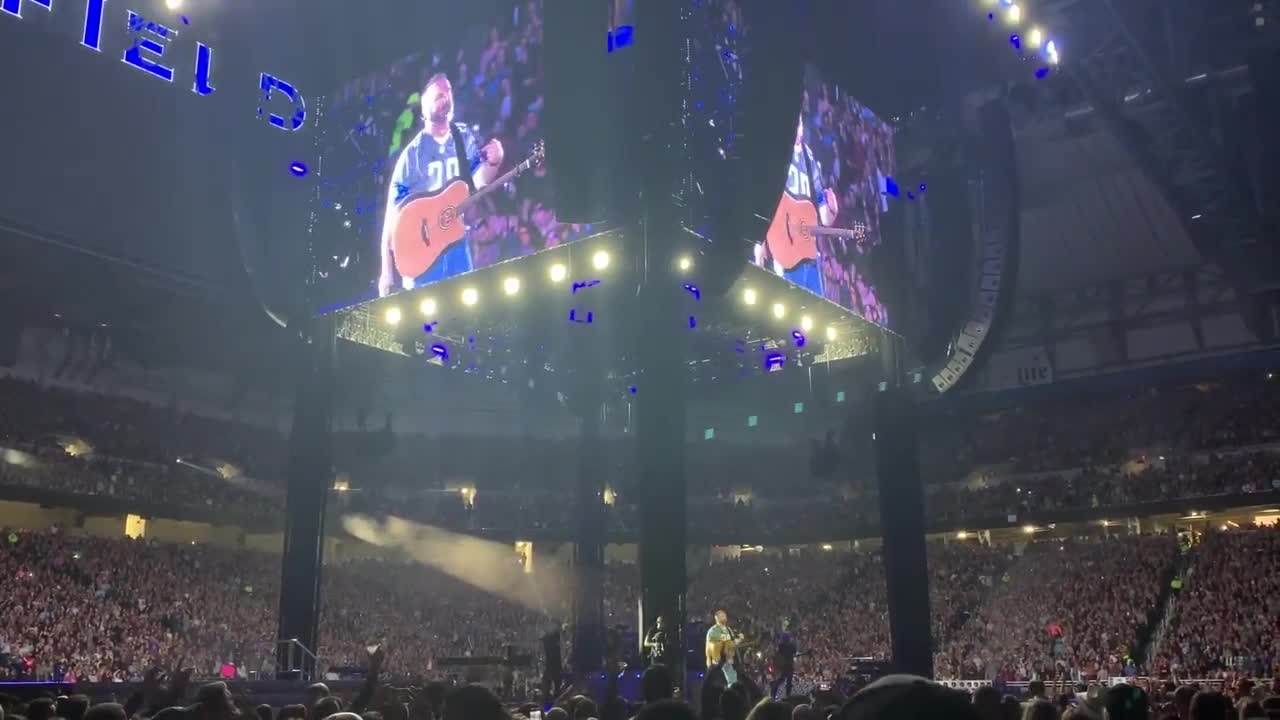 Country superstar Garth Brooks owned Ford Field on Saturday night as he and 70,000 other gave as much they had for more than two hours. 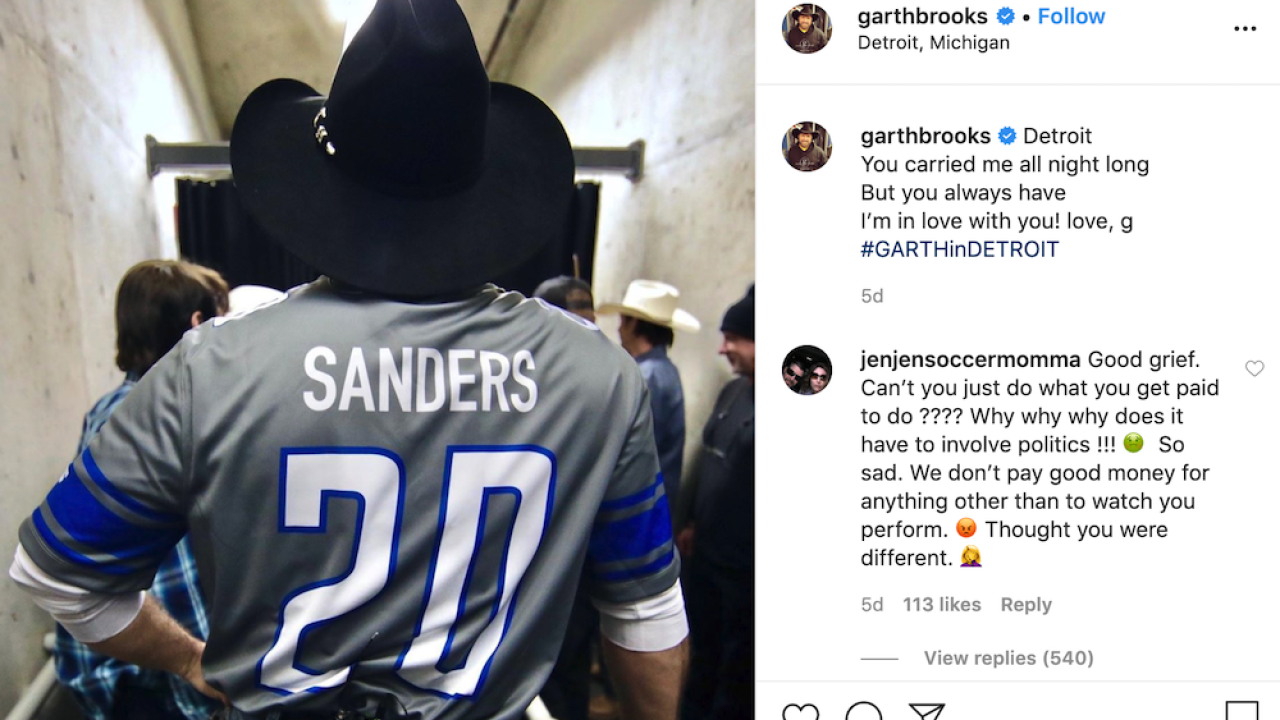 When country superstar Garth Brooks took the stage at a sold-out Ford Field in Detroit on Saturday, some fans were upset that he did so wearing a No. 20 "SANDERS" Lions football jersey.

But Brooks' shirt wasn't a political statement — it was a homage to Barry Sanders, a longtime Lion and one of the best running backs in NFL history. During Brooks' concert, he told the Detroit crowd that he thought Sanders was the "greatest player in NFL history."

But when Brooks posted a photo of the jersey on his Instagram earlier this week, dozens of fans thought the shirt was in support of Democratic presidential candidate Bernie Sanders in the 2020 election.

Comments included:
– "Good grief. Can’t you just do what you get paid to do ???? Why why why does it have to involve politics !!! 🤢 So sad. We don’t pay good money for anything other than to watch you perform. 😡Thought you were different. 🤦‍♀️"
– "If that’s Bernie shirt I just lost a lot of respect for you!"
– "If this is for Bernie Sanders, I'm done with you. I thought you were a true American that loves Our Country?"
– "Sorry Garth.. don't think so. Just stick to music."
– "Nothing like supporting a communist to loss a few fans! How about going to a successful socialist country and doing some research? Oh yes, you can’t because there aren’t ANY successful socialist countries!"
– "I wish you would’ve kept your political preferences to yourself. Peace out."
– "Glad to see Garth is feeling the Bern!"
– "GARTH FOR BERINE SANDERS 2020! Thanks Garth!

Other fans were quick to jump in and reminded others about Barry Sanders.

– "for all you uncultured people that no nothing about football in the slightest. it’s BARRY Sanders. so y’all can chill with the hate. this barry and garth deserve nothing but respect✊"
– "He’s wearing a BARRY SANDERS JERSEY. The GREATEST RUNNING BACK OF ALL TIME AND A DETROIT LION"

Brooks has not publicly endorsed a candidate for president.

Detroit You carried me all night long But you always have I’m in love with you! love, g #GARTHinDETROIT

On Friday, the Lions responded to the controversy with a tweet, in which they declared that Sanders "has their vote."

He’s got our vote. 🐐 pic.twitter.com/V7P96uLjtG