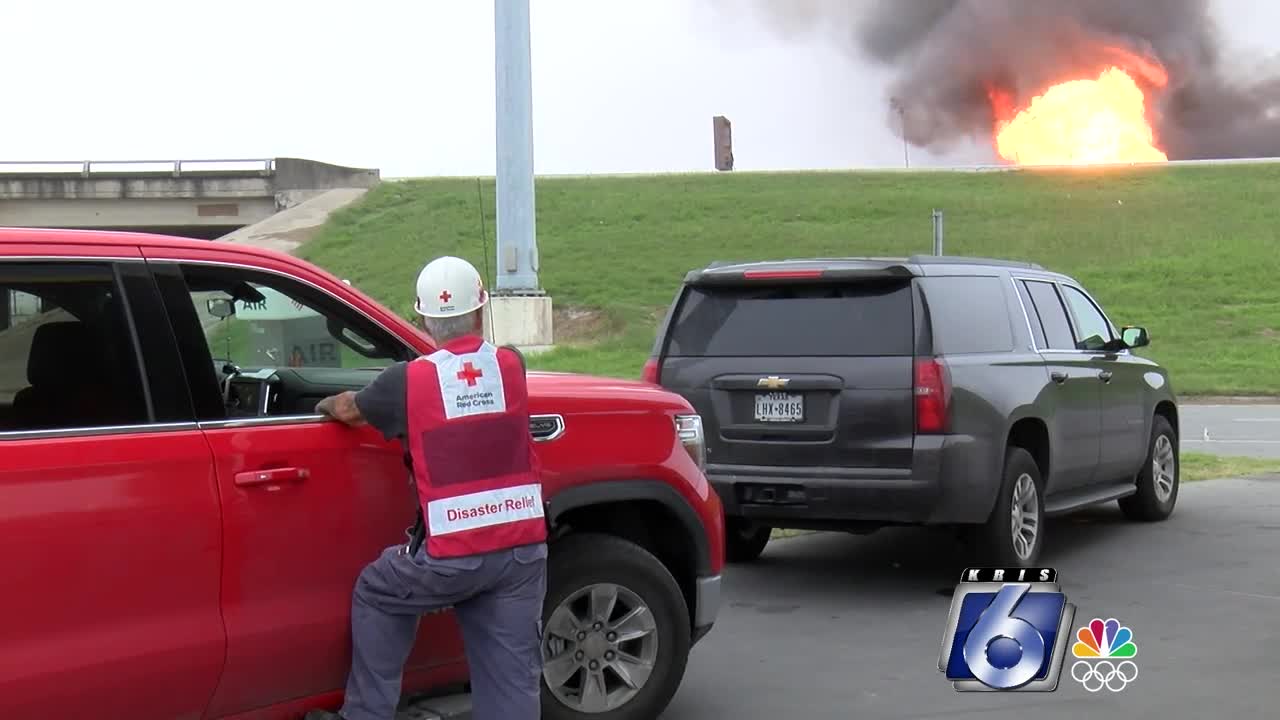 A massive fire caused by a gas pipeline structure burned for about 90 minutes Monday morning in an area at Interstate 37 and Buddy Lawrence. 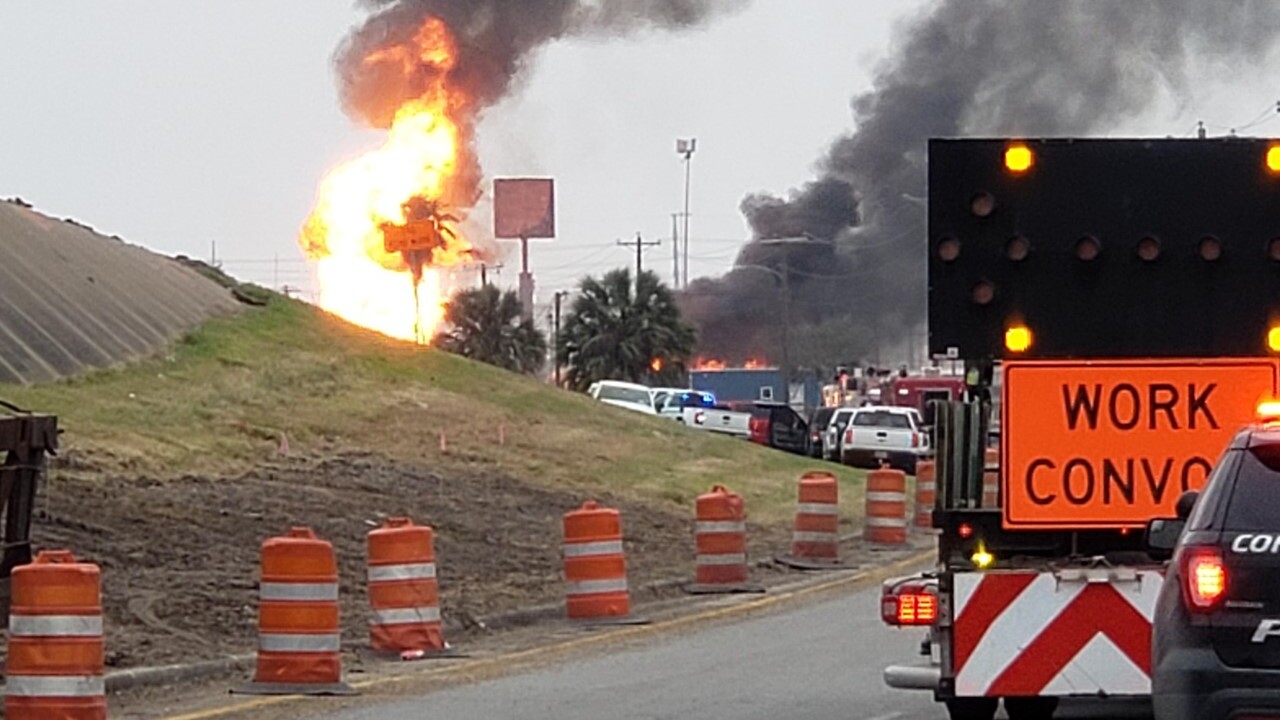 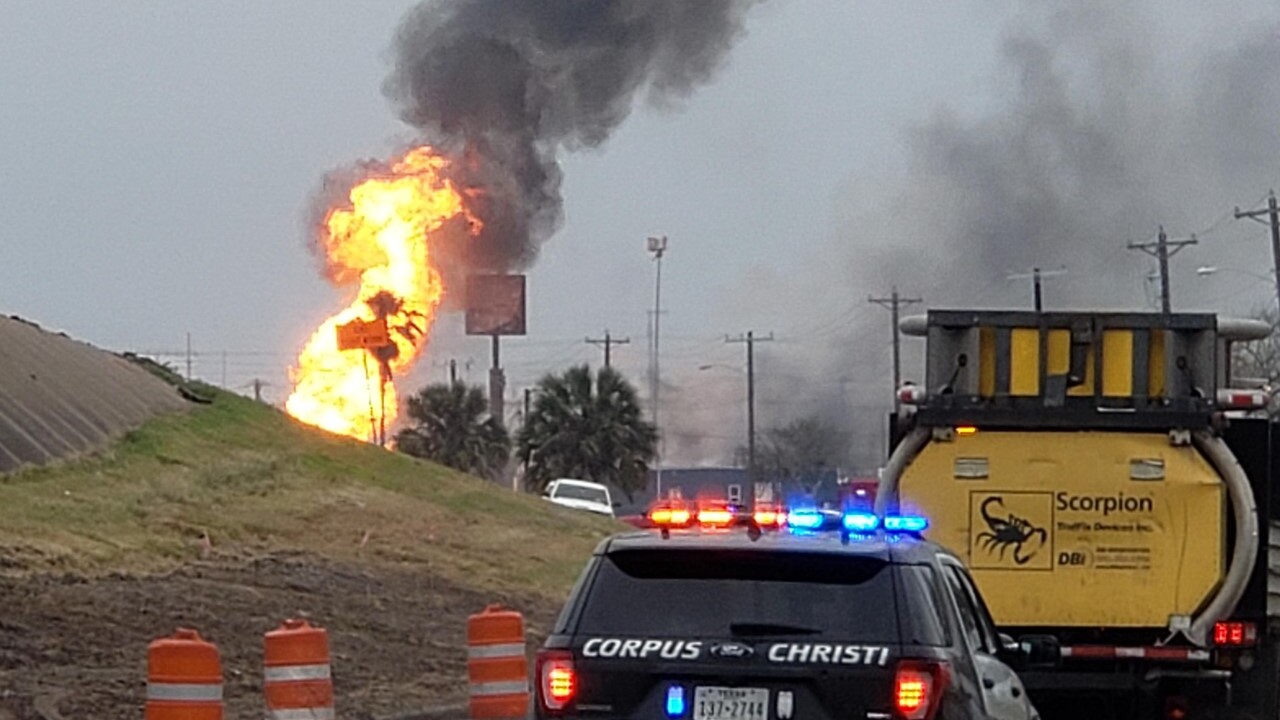 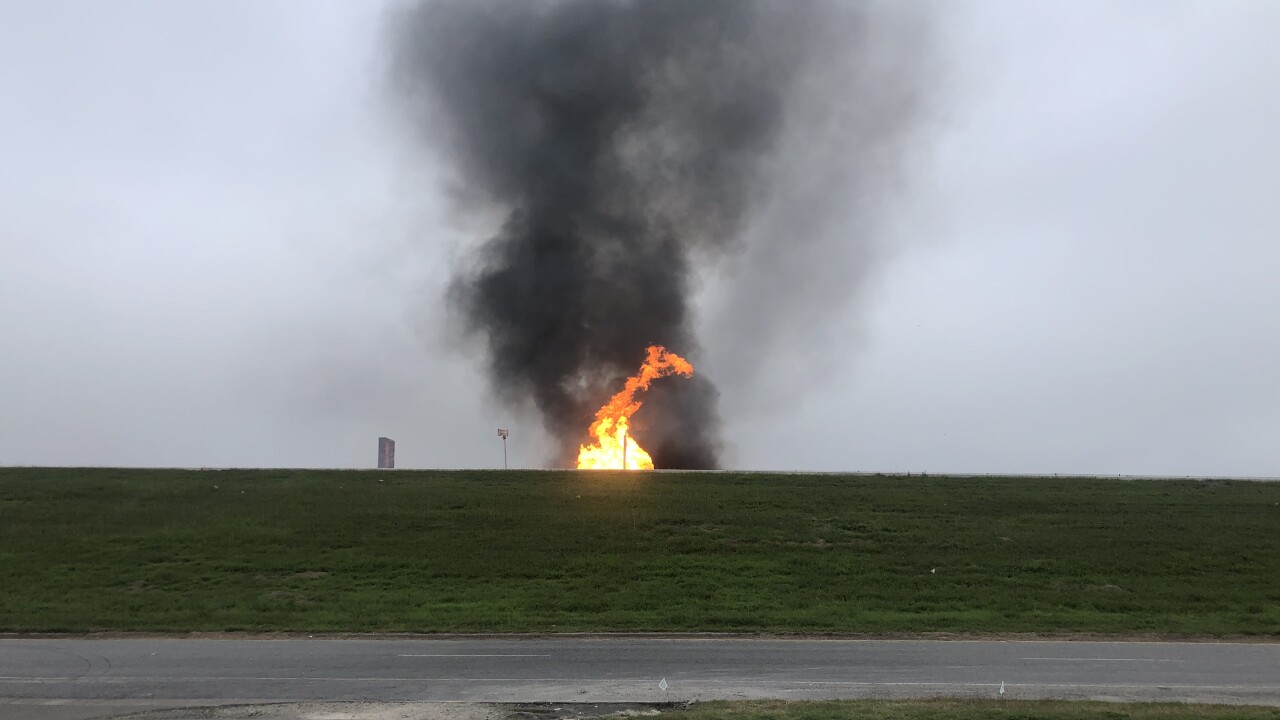 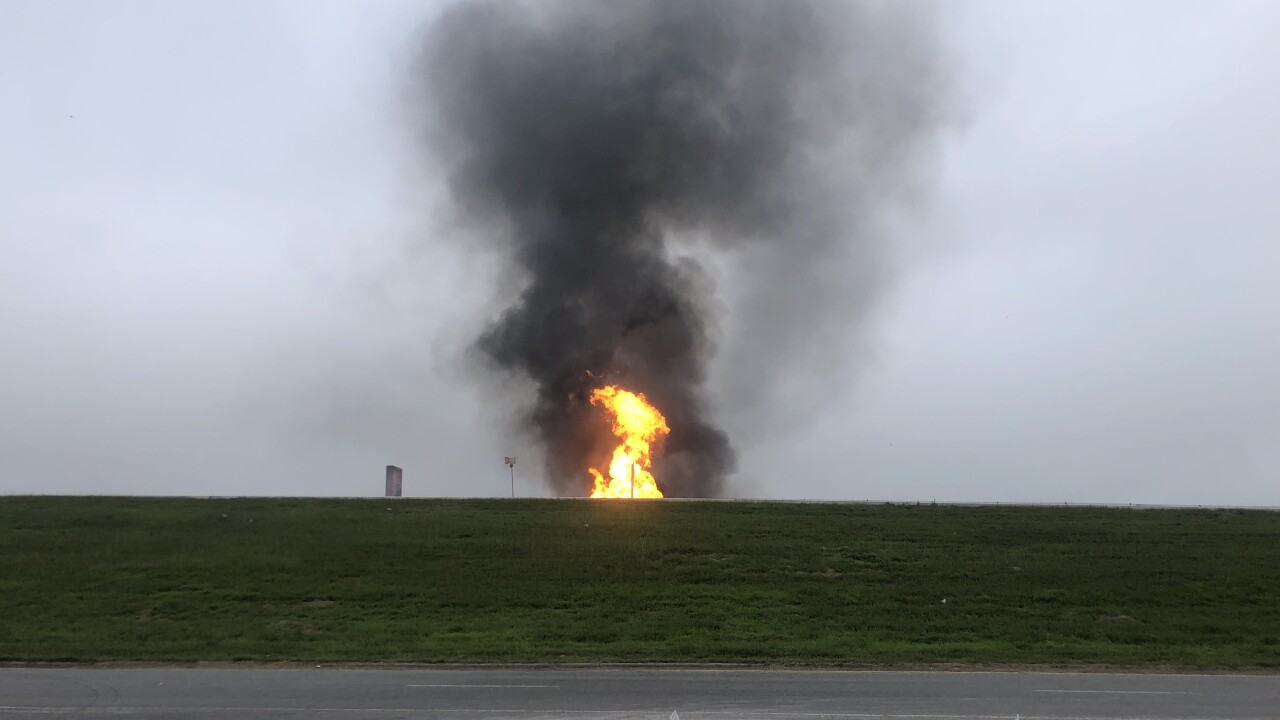 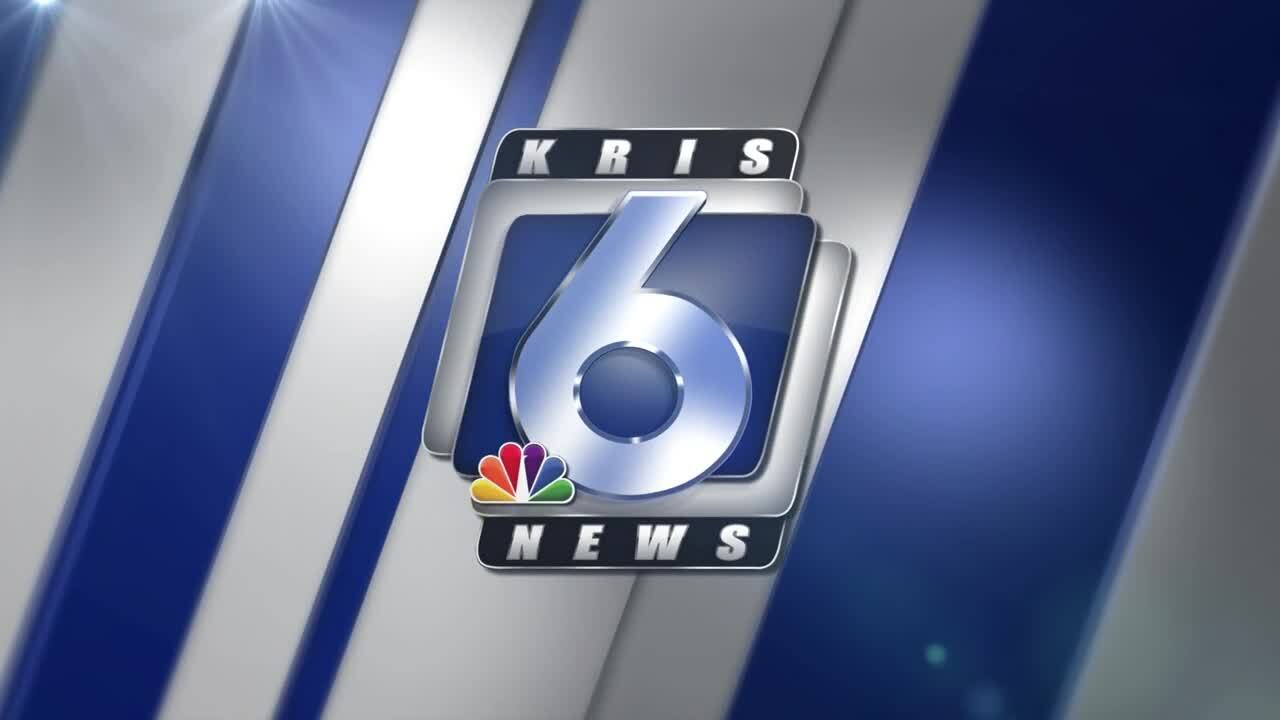 CORPUS CHRISTI, Texas — A massive fire caused by a gas pipeline burned for about 90 minutes Monday morning in an area near Interstate 37 and Buddy Lawrence Drive, causing disruption in the surrounding areas.

The Corpus Christi Fire Department worked in tandem with the Refinery Terminal Fire Company, putting out the fire -- which began at around 8:37 a.m. -- within couple of hours, and the Corpus Christi Police Department issued a shelter-in-place order for the nearby neighborhoods and residents.

"We were able to geo-code and hit all of the phones in that area and notify them that a shelter in place was being ordered for their protection," he said.

"We had people that were capable and ready in case we needed to do an evacuation," he said. "Fortunately the wind was blowing in a direction that was not going toward the general population."

The first fire started in a pipeline reportedly running to Marathon Petroleum's facility on what is known as "Refinery Row." The refinery released a statement acknowledging it was their line which caught fire.

"A pipeline that provides natural gas to the MPLX Javelina gas processing facility in Corpus Christi, Texas, experienced a operational incident that resulted in a fire," reads a statement from Marathon Petroleum's Jamal Kheiry. "MPLX isolated the affected segment of pipeline using shutoff valves, and local emergency responders extinguished the fire, which was in the vicinity of Buddy Lawrence Drive and Interstate 37. All necessary regulatory notifications have been made, and MPLX will coordinate closely with regulatory agencies to conduct an investigation to determine the cause of the incident."

It originally was believed the fire had started at a CITGO plant, but the refinery issued a statement of its own Monday afternoon reporting the fire had, indeed, begun outside the grounds of its east plant.

Corpus Christi Police and Fire are responding to a large fire in the area of IH 37 and Buddy Lawrence. PD is shutting down IH 37 in both directions between Port and Up River road. Please use caution and if possible use a different route.

A second, smaller fire that was contained to a small building started at 9:30 a.m. The major fire was out by about 10 a.m.

There were no injuries as a result of the fire.

"This incident does not pose any threat to the surrounding community, our employees or contractors," the CITGO statement reads.

The city activated its Emergency Operations Center to coordinate relief efforts. It was closed by 10:30 a.m.

Crews that were on the scene included those from Corpus Christi Fire Department and the Refinery Terminal Fire Company.

Crews still are working to figure out what sparked the second fire.