Richard Vargas taking his workouts to the extreme 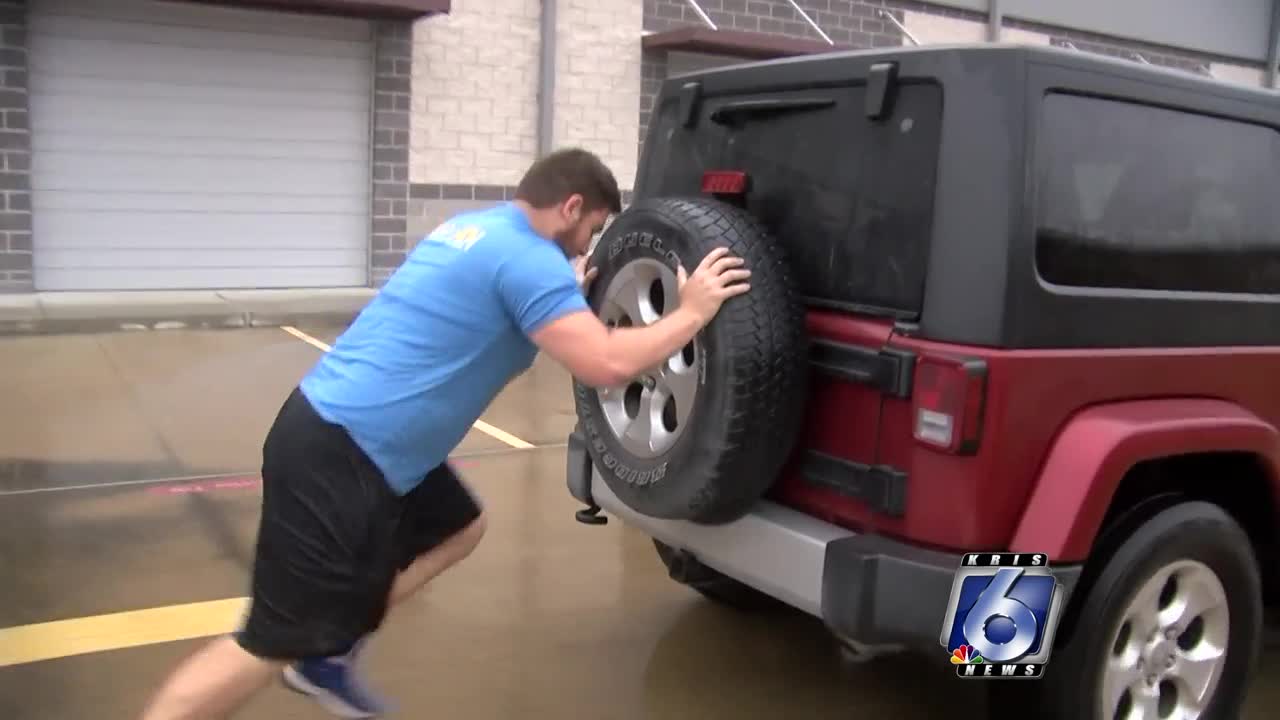 Richard Vargas taking his workouts to the extreme

CORPUS CHRISTI, Tx. — For Richard Vargas, this should be the busiest time of the year. As a junior on the Texas A&M Kingsville football team, right now he should be in the middle of spring football practice and workouts. Instead, he is at home, trying to think of ways to keep himself in shape while campuses are closed and gyms have locked their doors.

For Vargas, staying in shape and being strong is imperative. That is because he is an offensive lineman, down in the trenches making sure the offense moves.

"I'm going against other giant men 300 pounds," he said. "I have to be able to compete with them and drive them off the ball."

The coaching staff at TAMUK gave the players workouts to do at home that would keep them going for the this period of time, but Vargas wanted something a little more challenging.

"Our strength coach gave us homework to do like pushups but it wasn't enough."

Vargas decided to take things into his own hands. No more pushups or body weight squats, instead he took it up a level.

Using a big field near Flour Bluff High School, Vargas is a former Hornet, Vargas is flipping tractor tires up steep hills and running springs with weighted vests. All of this is a challenge and not for the faint of heart.

"It's more of a challenge," he said. "It is different than usual just squatting up and down."

It is not the only aspect of his daily workout that is considered extreme, he has decided to take it up even further; by pushing his own car.

"I saw it on twitter other linemen were doing it so why not me," Vargas said.

He pushes his Jeep Wrangler while his mother sits in the car and steers with the car in neutral. His mom is always there with him, his biggest fan cheering him on.

"She's my biggest supporter," he said. "She has always motivated me to do a little more each day."

Vargas hopes to get back in the weight room with his team soon, but for now, he's got a regiment that is hard to beat.