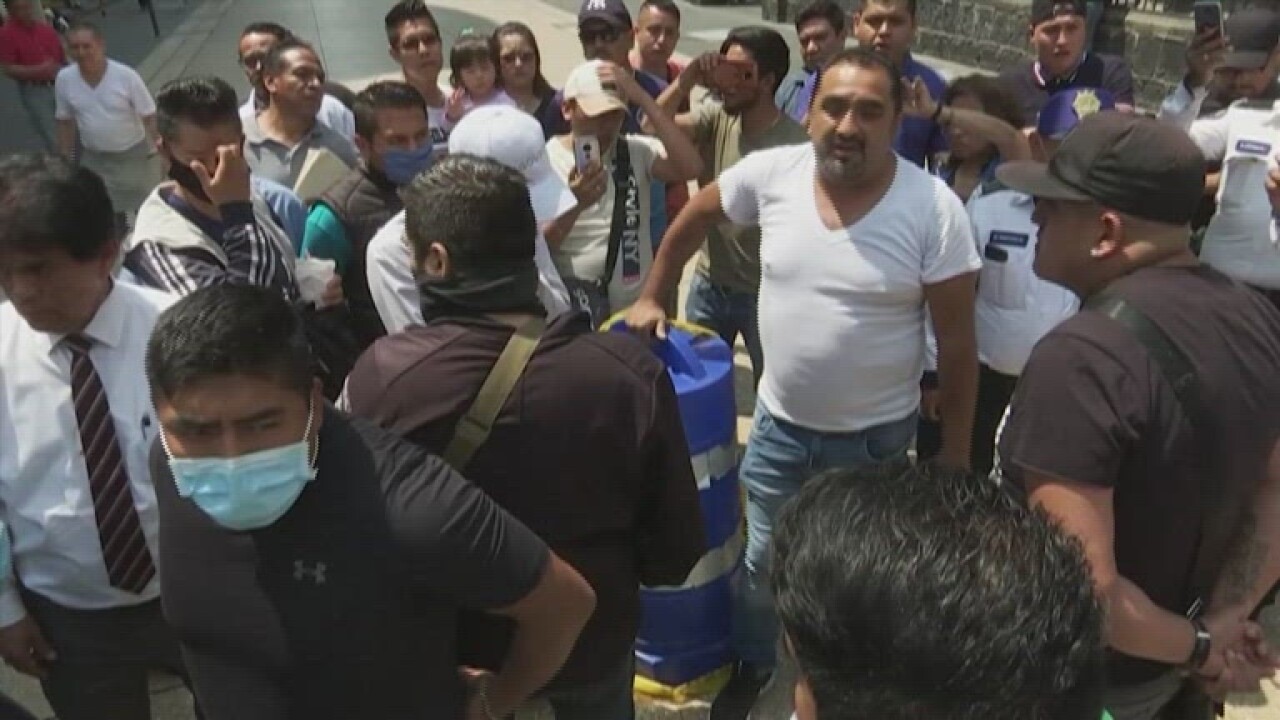 Mexico continues to slowly make progress to stop activities to try to curb the spread of the new coronavirus. (NBC Newschannel)

MEXICO — Mexico continues to slowly make progress to stop activities to try to curb the spread of the new coronavirus.

In the capital, Mexico city, shopping malls suspended activities and life in the city continued to slow down as police taped off pedestrian streets.

Street vendors who usually sell their wares in the historical center pedestrian streets argued with city officials and police to be allowed to continue working.

Police patrols made rounds near parks and places where people still gather, warning them with loudspeakers to get off the streets and to remain inside.

Last week, Mexico banned nonessential government work as confirmed cases climbed, but took until late Monday (March 30) to extend that to other business sectors and to bar gatherings of over 50 people.

By Wednesday, Mexico had reported over 12-hundred confirmed cases and at least 29 deaths.