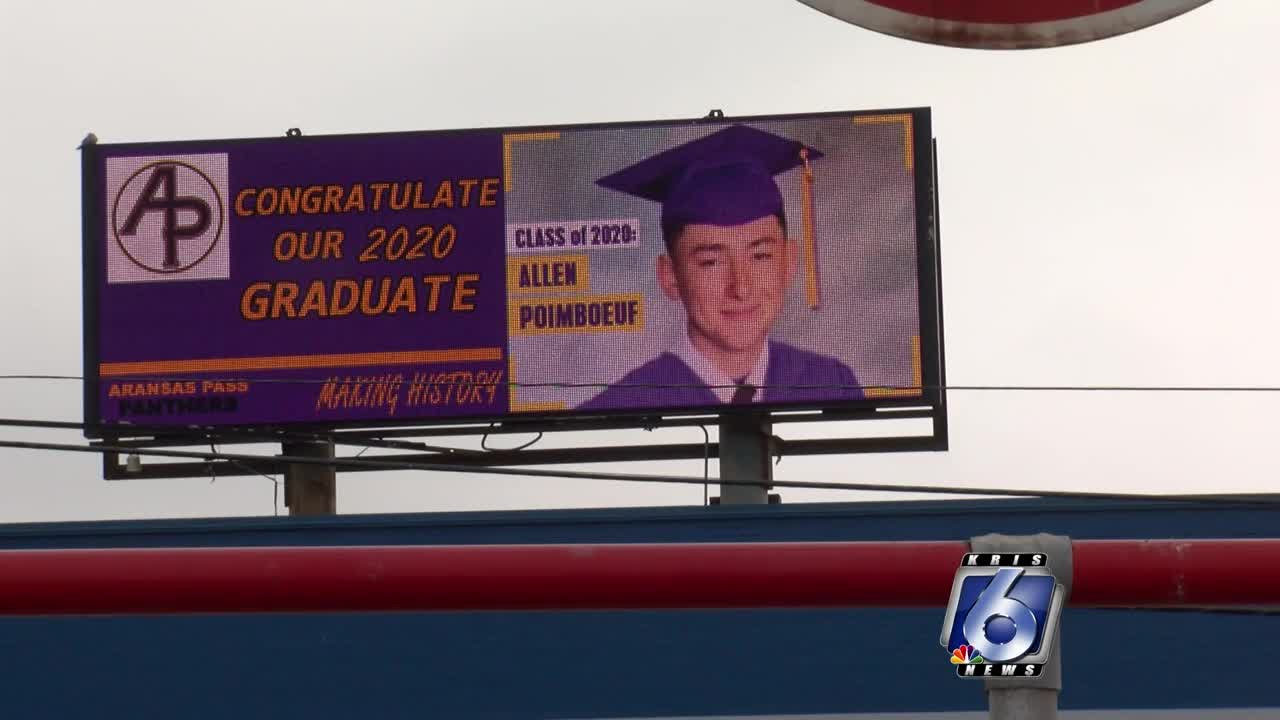 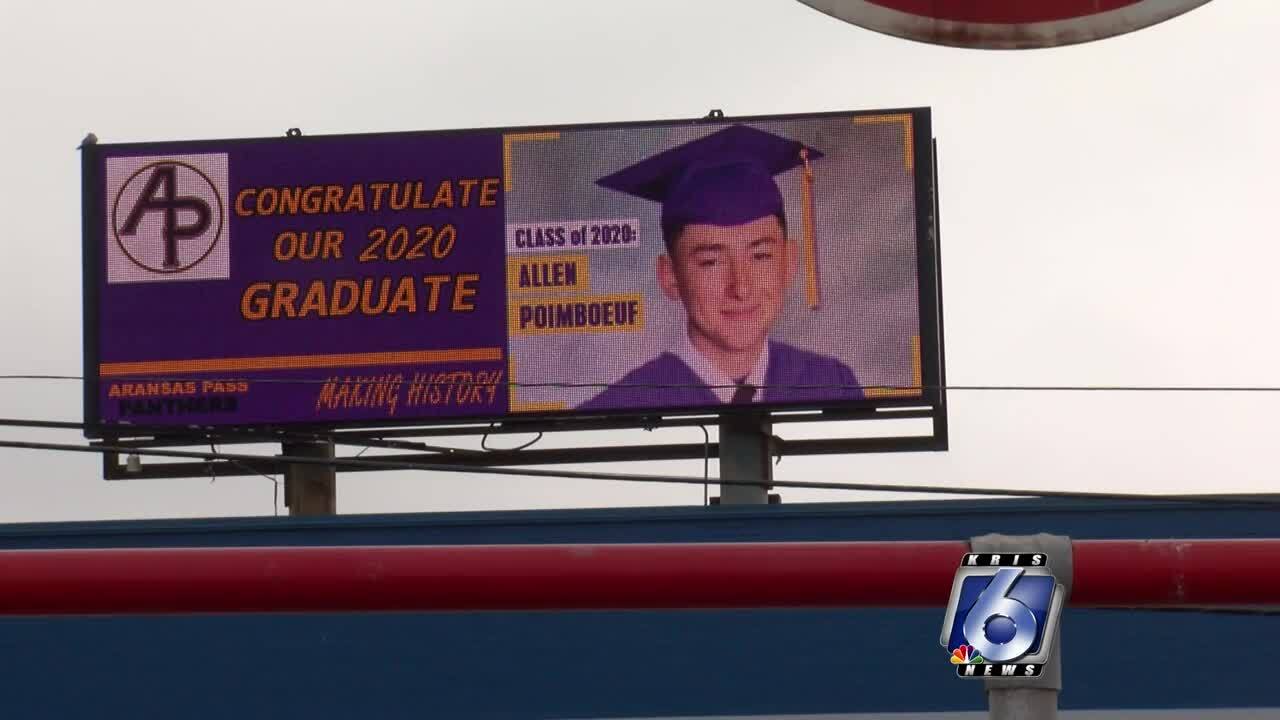 ARANSAS PASS, Texas — Due to the coronavirus pandemic, high school seniors are missing many major milestones due to school closures.

But one nearby community found a special way to recognize them.

To recognize their accomplishments, the City of Aransas Pass is using a digital billboard in the downtown area to honor each of its high school seniors.

Obviously, this can't be a traditional year, but the good folks at Coastal Choice Media wanted to show the students it's still special.

“Well, we had a parent that does some graphics for us at times and made one for his daughter, and at the same time, I was talking to the principal and thought these kids really need some kind of recognition for everything they have done so it started from there and we started putting all the seniors on the board,” said Coastal Choice Media general manager Brenda Dodson.

In an unconventional ending to the school year, Aransas Pass High School seniors still don't know whether they'll have the opportunity to march across the stage to receive their diplomas. They can, however, see themselves being honored by their community.

Aransas Pass parent Kari Kirby is thrilled seniors are being honored during this difficult time.

“Our hearts are really broken for these seniors, and we just want to do anything to make them feel special because they are missing out on so much. I decided to take pictures of each child on the billboard and post them on Facebook so all the parents can see their kid up on the billboard,” said parent Kari Kirby

“It is a nice feeling to watch the parents come over here and take pictures of their kids on the boards and be proud of their kids,” said Dodson.

As for the response from the high school seniors...many say they feel appreciated and important, and they love seeing their names in the lights.