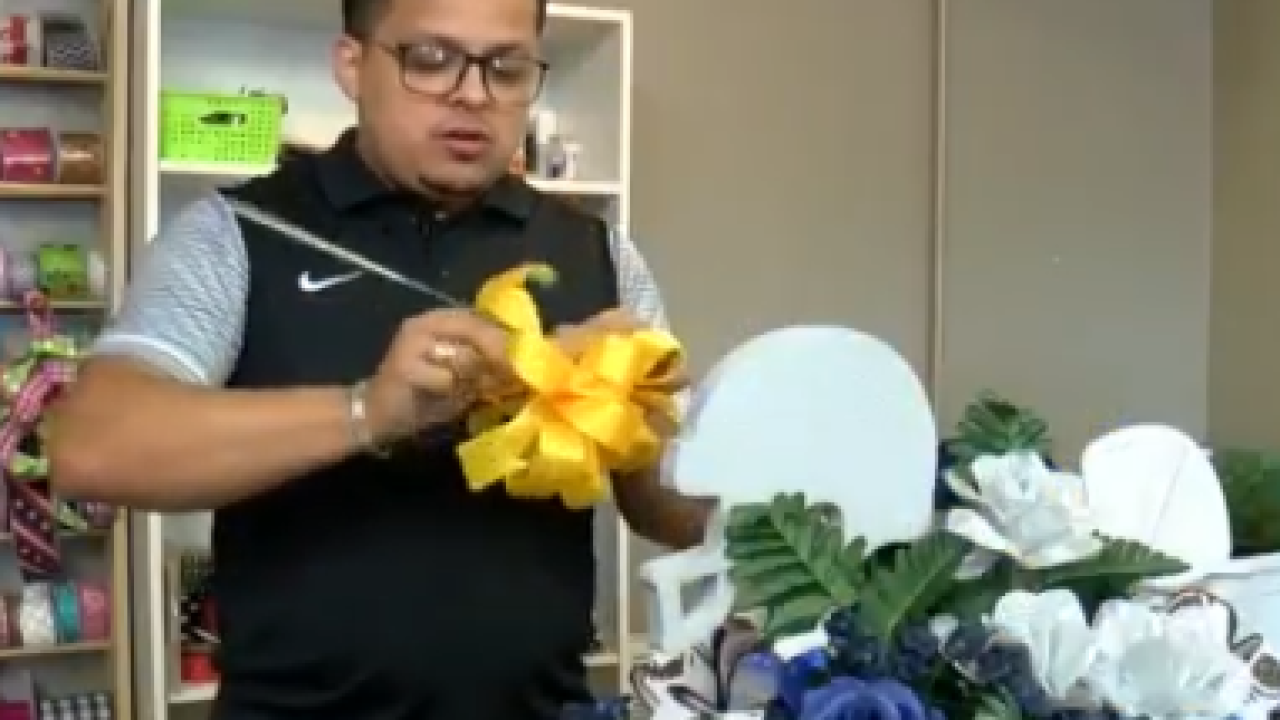 A Coastal Bend floral shop owner is getting the opportunity of a lifetime. He's traveling to Washington, D.C. this holiday season, after he was chosen to decorate the White House for Christmas.

When he applied to become a decorator for the White House, Adrian Michael Alaniz says he never thought he'd actually get picked. But on Friday, he received a one of kind congratulatory email.

“I nearly bawled for an hour,” said Alaniz. “And we just couldn't believe it I had my mom lock my store for a good while because I just had to take it all in.”

He started his floral business when he was just 22 years old. Now, 3 years later he is heading to the White House to put his presidential decorating skills to use right alongside the First Lady and President Donald Trump.

“Everyone’s just very proud and honored and thankful as I am that we've been chosen,” said Alaniz. "I think they're very excited that I will be representing South Texas.”

A decorator was chosen from each U.S. state, Alaniz will be garnishing the Executive Mansion on behalf of Texas come November.

“I know that Melania Trump used a lot of red last year in her designs and so I think I’m right along with her as far as the designs for this year I hope to see a lot of solid colors," said Alaniz.

While the plane ride to Washington D.C. is over a month away, right now his floral shop is keeping him busy here at home.

He says since he opened his business, he's seen huge support from the community, and the White House gig will only make his drive stronger.

We were laughing the other day because my dad had told me ‘Adrian I wonder what it’s going to be like in a room full of a bunch of opinionated people trying to get the White House set up and decorated’, but I think it's going to be a great experience,” said Alaniz.