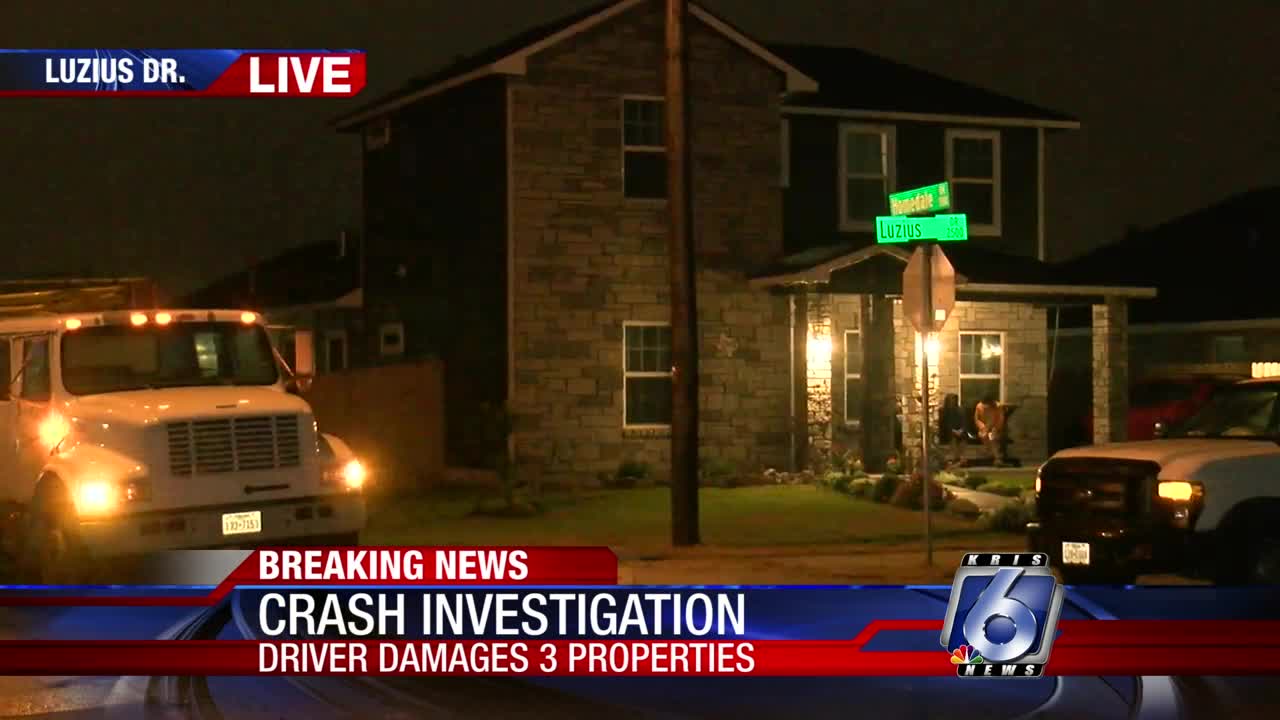 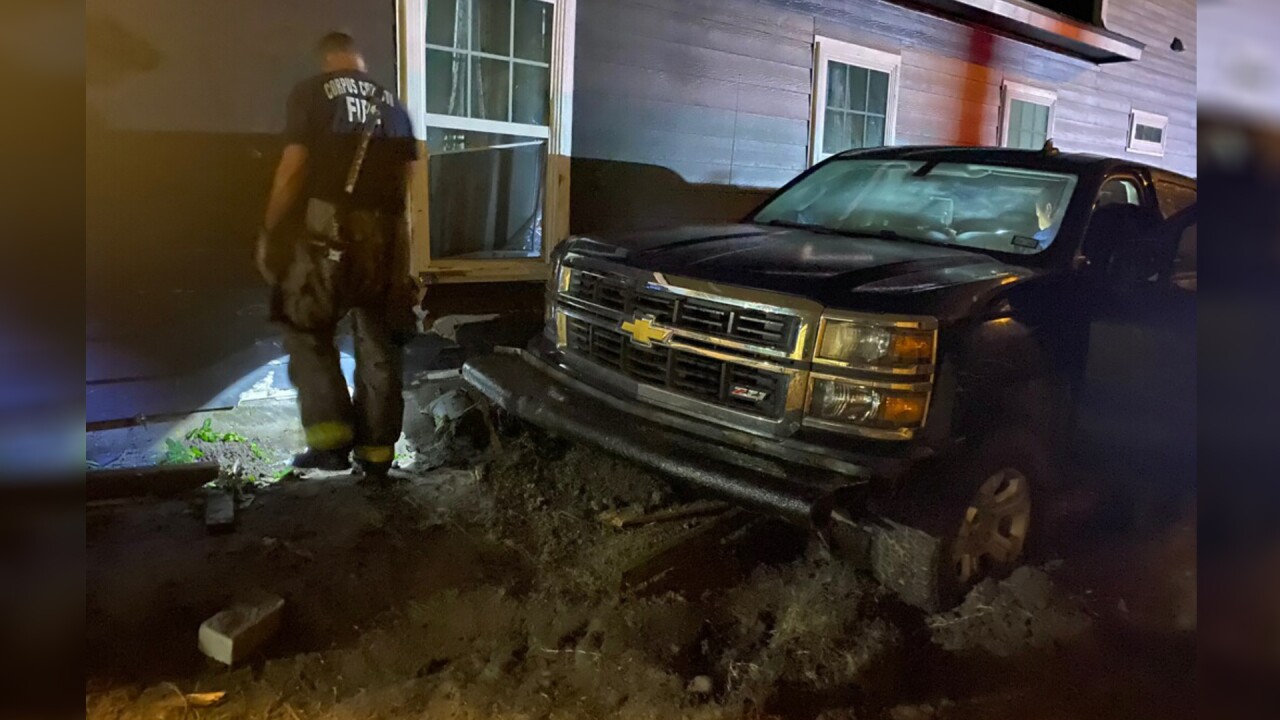 CORPUS CHRISTI, TEXAS — Corpus Christi police suspect a driver was under the influence after a truck struck a vehicle, a fence, and a home.

The incident happened around 4:20 a.m. in the 2500 block of Luzius Drive in Flour Bluff.

Police say a blue truck hit a vehicle in a trailer park, reversed, and hit a fence, The truck then hit another fence and a home, The crash hit the master bedroom of a home including a natural gas line.

The homeowner says she was sleeping and heard a loud noise then heard a male voice yelling.

She says she got up and smelled gas and ran outside of the home to call the police and her neighbors.

As of now, the driver is at the hospital and the crash is being investigated for a DWI.

The city's gas department was called out to repair the damaged gas line.