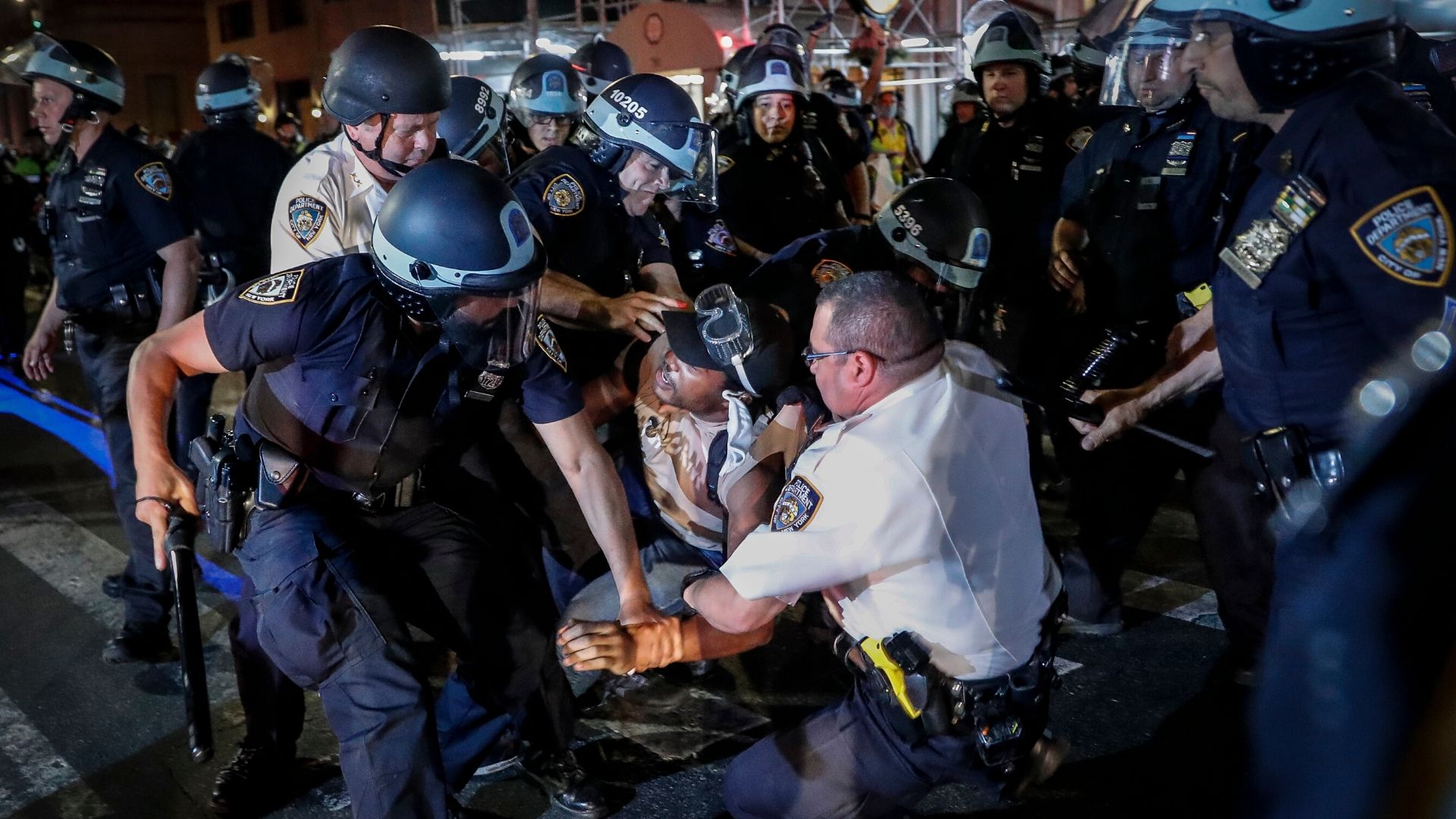 About 200 protesters were arrested Thursday night and overnight after demonstrating past the third night of New York City's curfew. Across the city, in Manhattan, the Bronx and Brooklyn, there were some tense moments between police and protesters, while marches remained mostly peaceful. 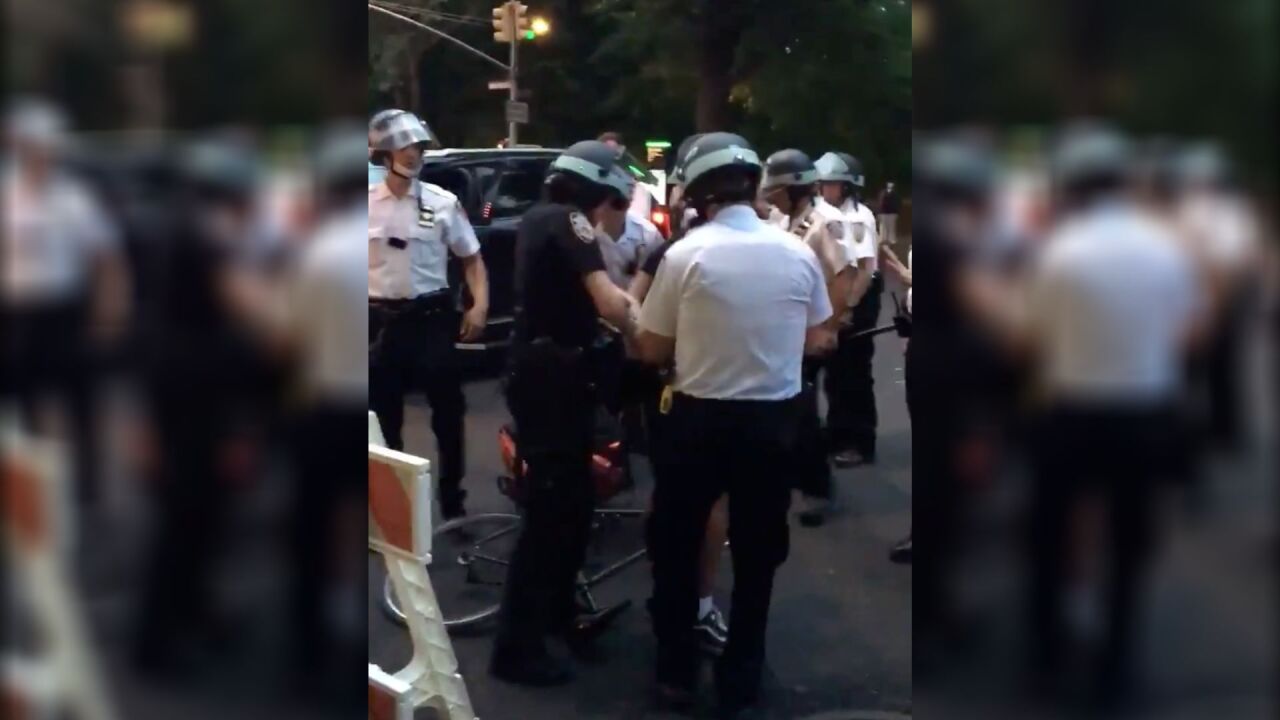 NEW YORK — Mayor Bill de Blasio spoke out overnight after videos appeared to show the NYPD arrest a delivery worker in Manhattan while working after the city's 8 p.m. curfew.

"This is not acceptable and must stop," de Blasio wrote in a tweet around midnight. "Food delivery is essential work and is exempted from the curfew."

De Blasio also said he had just talked to NYPD Commissioner Dermot Shea after seeing the "troubling video" of a deliveryman "arrested while doing his job."

In a video of the incident, posted to Twitter around 9 p.m. by user @KirstiKarttunen, the delivery worker told NYPD officers that he had a message on his phone that he could show officers that his work was essentials. Police ignored him.

"Are you serious?" the man said multiple times while officers appear to place the essential worker in handcuffs.

This delivery guy thought he’s an essential worker, police seemed to disagree. The rules issued before the curfew very unclear but according to the state, restaurants, bar & food industry workers are classified as essential. #nycurfew #NYCPolice pic.twitter.com/OyZVuDkPuM

In another video that appears to show the incident was posted around the same time. According to Twitter, user @PeterNHess, the arrest took place near the intersection of West 108th Street and Central Park West and said it happened "27 [minutes] after curfew."

The second video, while not officially confirmed to be the same incident as the first, shows police with a bicycle and a Caviar delivery bag on the ground, as they close the back doors of a police van.

NYPD officers arrest an essential worker—his Caviar bag is sitting by his bike, 27 min after curfew at 108 and Central Park West in Manhattan

city and state officials assured essential workers they are exempt

The NYPD confirmed early Friday morning that the man was detained, but assured he was released after they verified his credentials.

Delivery service Caviar, owned by DoorDash, tweeted about the incident involving one of their delivery workers late Thursday night.

"We're alarmed by reports of a courier being arrested after NYC curfew," the company wrote. "Food delivery workers are essential, exempt from curfew, and must be able to safely do their work."

The company said they are continuing to gather information and are in touch with city officials.

"Our courier app includes information about local laws and regulations. We're prepared to provide our community with our support," they wrote.

Parent company DoorDash told The Verge of the incident, "Essential workers must be able to complete their work and feel safe and secure while doing so, and we are prepared to provide them with our support."

2. Our courier app includes information about local laws and regulations. We’re prepared to provide our community with our support.

This story was originally published by Mark Sundstrom on WPIX in New York.