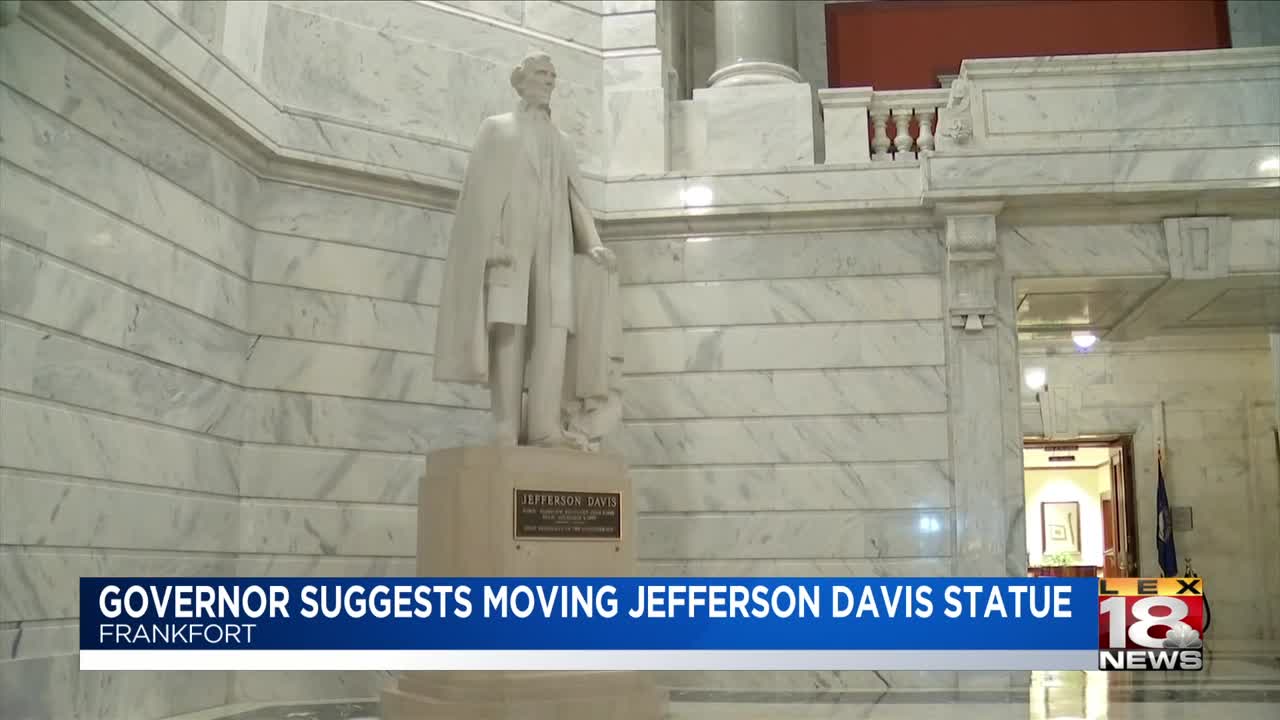 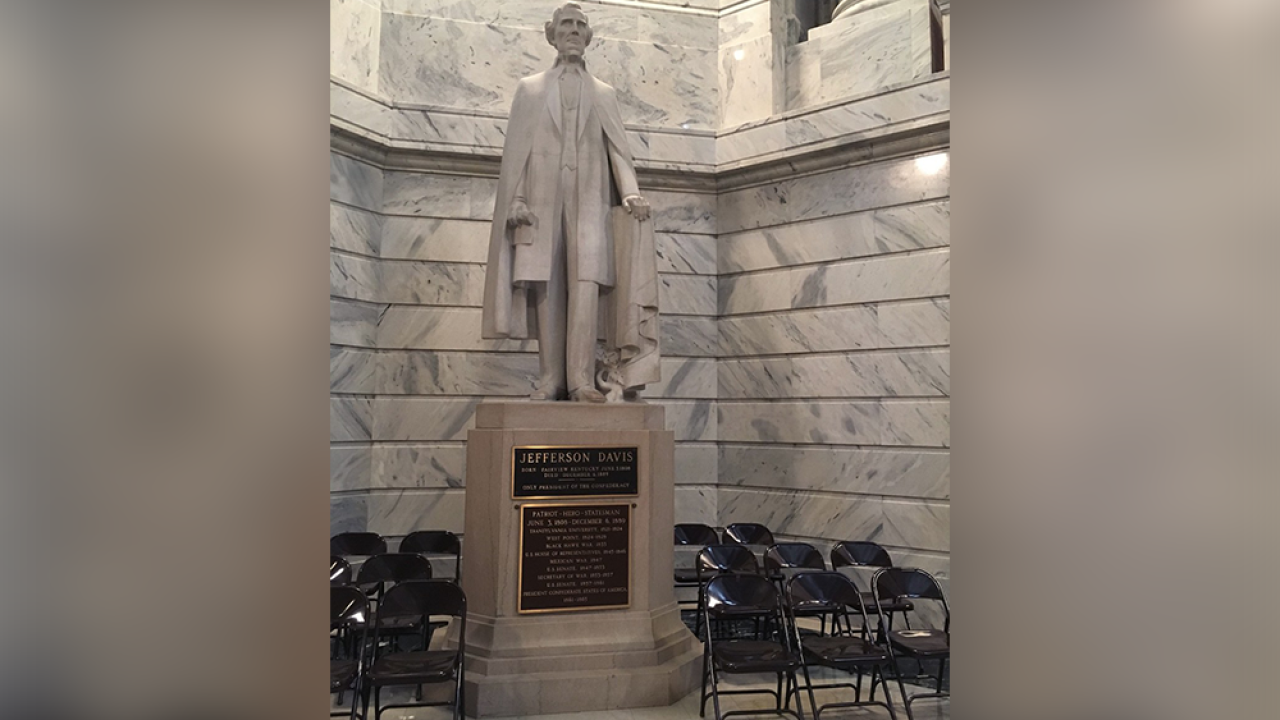 FRANKFORT, Ky. — During a press conference on Thursday, Kentucky Gov. Andy Beshear stated that he believes that a memorial of former Confederacy President Jefferson Davis should be removed from the state capitol rotunda.

"I believe that the Jefferson Davis statue is a symbol that divides us," Beshear said. "Even if there are those that think it is a part of history, there should be a better place to put it in historic context."

Jefferson Davis served as the President of the Confederate States from 1861 to 1865. He was born in Fairview, Kentucky. Fairview is also home to the Jefferson Davis State Historic Site, which commemorates his birthplace.

When asked if he had the power to remove the Jefferson Davis Memorial, Beshear said he and his staff were "looking at that."

The House Democratic Leadership also issued a statement regarding Beshear's stance on the Jefferson Davis Memorial.

"We agree with Gov. Beshear that the Jefferson Davis statue should not be in our Capitol. It is past time for it to be moved and to have someone much more deserving put in his place."

Beshear's announcement came the same day that officials in Richmond, Virginia announced they would remove a series of Confederate statues from prominent spots on the city's "Monument Ave."

Kentucky never seceded during the Civil War and fought on the side of the Union.

This story was originally published by Sam Porter on WLEX in Lexington, Kentucky.