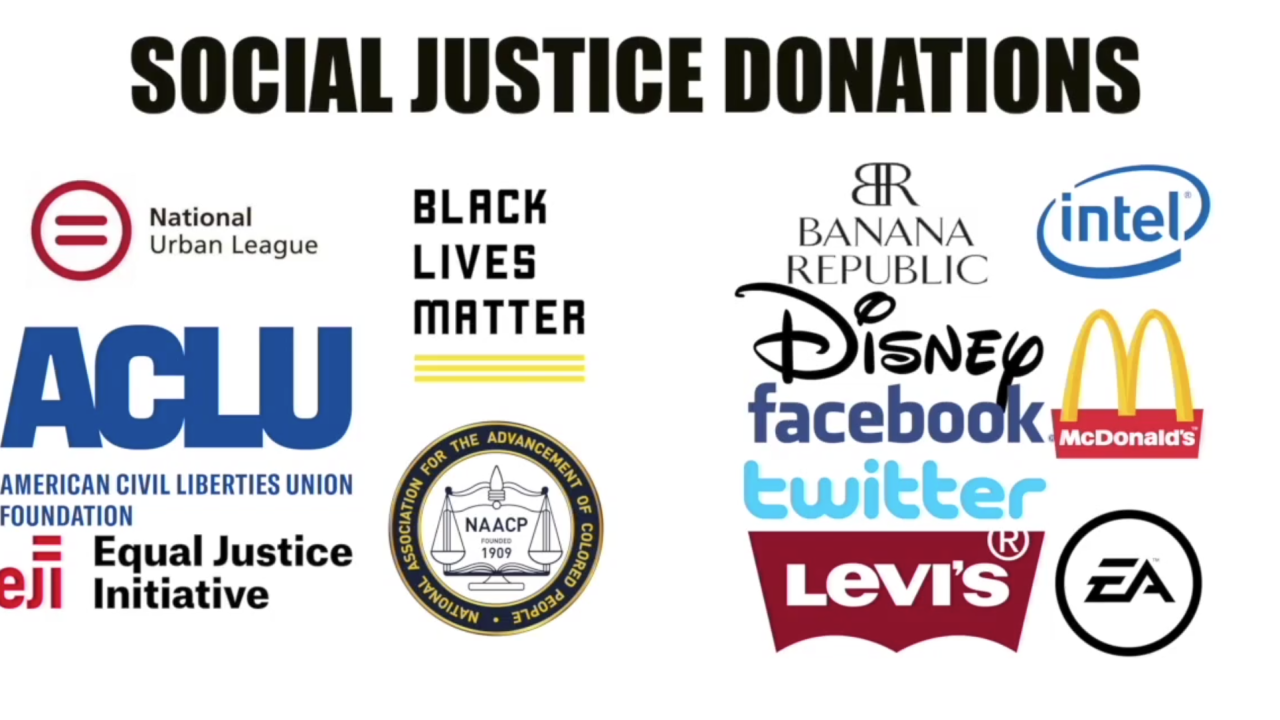 In light of protests, many businesses are making donations to various organizations to advance social justice.

The NAACP and Black Lives Matter Foundation have received millions from brands like Disney, Intel, and EA gaming. Facebook and Twitter are also pledging millions more in donations. Other groups like the ACLU and the Equal Justice Initiative are also receiving money.

The group's president shared a recent victory they are proud of.

Taylor Dumpson was the first black woman elected as student government president at American University. She became the victim of relentless racial stalking and harassment started by a neo-Nazi website operator. Her case was a first-of-its-kind federal court victory that found online campaign activity can interfere with someone's civil rights.

“It’s always powerful and redeeming when you can find creative, novel ways to use the law to encounter the new forms of discrimination and harassment that we are up against,” said Kristen Clarke, President of the Lawyers' Committee for Civil Rights Under Law.

The committee fights for other equality issues like, fair criminal justice systems, housing and equal education. But their biggest initiative is the election protection program, which helps ensure that people get registered, have more access to absentee ballots, and states expand early voting.

“Voting is one of the most powerful forms of protest in any democracy,” said Clarke. “There is a robust conversation happening now about policing reform and criminal justice and one way you can impact those questions is who is the mayor in your community, because often times they get to select the police chief. And is that police chief somebody who is promoting accountability and just policing.”

You can get more information by visiting 866ourvote.org or by calling 866-OUR-VOTE.