One Sunday morning in July, Corpus Christi Police received a call about a possible stolen vehicle.

If the dealership towed the car, police should know about it.

Tow companies are required by state law to notify local law enforcement within two hours of the vehicle being towed. But, in this case, that didn’t happen. 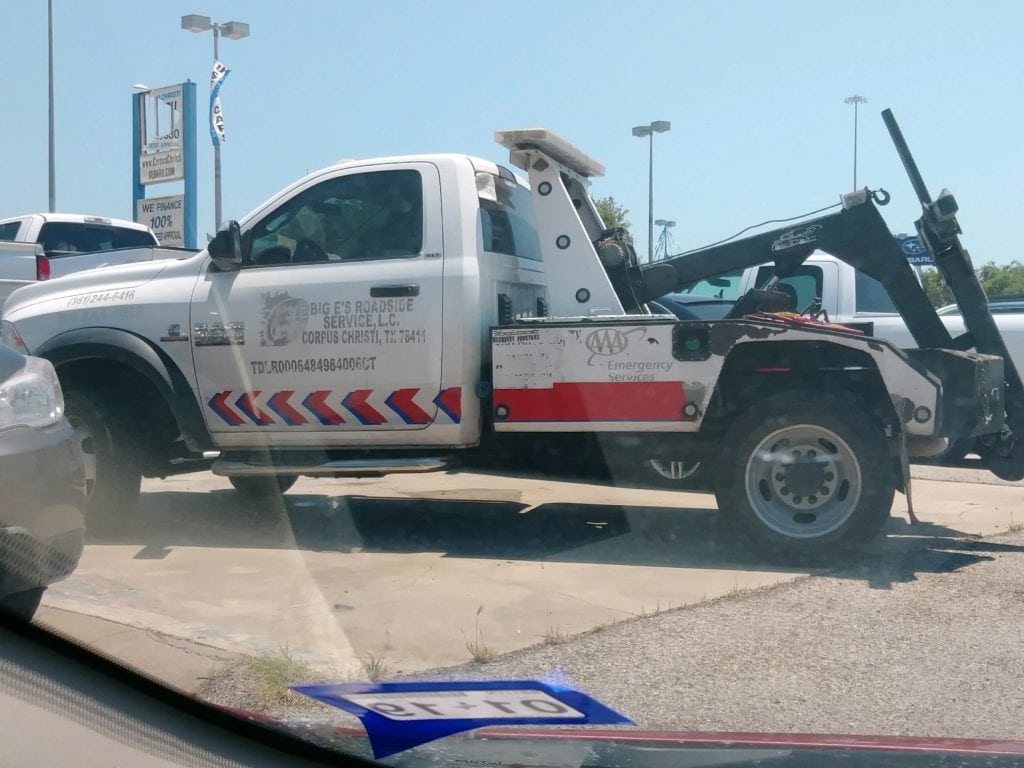 White contacted police more than two hours after home surveillance footage showed a tow truck taking the vehicle. She didn’t see the name of the tow company listed on the side of the truck.

“I’m not seeing a wrecker that towed it,” the dispatcher said. “So if anything I can send an officer out there just in case it’s stolen, so they can start a report with you.”

Police determined the car likely was towed, but never figured out which wrecker service took the car.

Corpus Christi Subaru later confirmed in an interview with 6 Investigates that the dealership repossessed the car because White was late on her car payment.

White is one of dozens of customers who have complained that the dealership failed to transfer car titles months after they bought those vehicles. Those complaints are part of an ongoing investigation by the Texas Department of Motor Vehicles.

During a previous interview last month, dealership owner Ronald Lillard denied any wrongdoing. At the time, 6 Investigates also asked him about complaints that the tow truck being used is unlicensed.

“We do have a tow truck that is a repossession truck and it is licensed, too,” Lillard said, during an interview on Aug. 9.

At first glance, the truck appeared to be licensed. It has a company logo and a state license number listed on the side of it. To know for sure, 6 Investigates took a photo of the truck’s vehicle identification number, and sent that information to the Texas Department of Licensing and Regulation.

In an emailed response in August, TDLR said the vehicle is “currently not registered with a tow company licensed by the state.”

That’s where Lillard said he bought it.

A tow truck driver, who says he used to work at the dealership, said the dealership bought the car to repossess vehicles and the owner knew it was not licensed.

KRIS 6 News agreed to not name the tow truck driver because he feared retaliation.

When the driver worked there, the dealership sent him to repossess vehicles from customers who were late on their payments. But often times, those customers weren’t late and they showed him receipts of payments to the dealership, he said.

“On my end, there’s a lot of liability because if they knew, they could come back and sue the hell out of me,” he said.

And things could have escalated, he added.

“Who knows if the guy has a gun and is going to point it because he’s current on the payments,” the tow truck driver said. “A lot of people get mad. You know, we go through some hell sometimes to try to repo these cars.”

When told the story would publish today, Lillard said he sent in the paperwork. A spokesman for Texas Department of Licensing and Regulation confirmed the application arrived this morning and the tow truck license is pending. While using an unlicensed tow truck is illegal, TDLR cannot conduct an investigation unless someone files a complaint, the spokesman said.