Staff at Gilbert J. Mircovich Elementary School are fighting against an increase in flu presence on their campus

An elementary school with the Ingleside Independent School District is dealing with multiple cases of the flu among their student body.

Staff says this is a surprising issue to deal with during the month of May in 2019 since typically the flu season is winding down.

The faculty at Gilbert J. Mircovich Elementary School are not taking this lightly and are going the extra mile to make sure the virus does not spread any further.

School Nurse Debi Handley shares that teachers are wiping students’ desks, and are making an extra effort to disinfect their classrooms as well as other areas around the campus.

A letter was posted for parents and guardians on social media letting them know that there has been an increase in the number of students with confirmed cases of the flu. 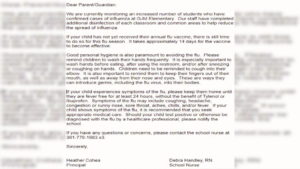 Handley says just in a span of a week, over five students have been tested positive for the flu.

“Sometimes it spreads and it can make people very ill typically you can have the flu and become better even without medication but sometimes it becomes an issue and a problem and can cause a lot more illness,” says Handley.

To avoid getting the flu Ingleside ISD shares some simple advice. 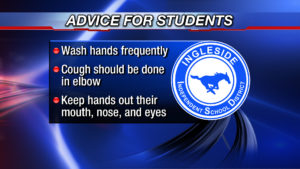 Children need to wash their hands frequently especially before eating and after sneezing or coughing into their hands.

If students must cough, they should do so in their elbow.

District officials also say children need to keep their hands out their mouths, nose, and eyes.

The district also provides advice for parents as well.

The school district says if you know your child is not feeling well, do not have them arrive at school.

Instead, take them to a doctor. 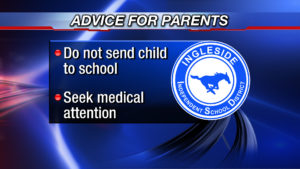 Nurse Handley says she has spoken to the San Patricio Health Department. They say there’s the flu vaccine available.