Police investigating a disturbance with weapons on Odem Drive

Police were called to a residence on Odem Drive about 7:30 Monday morning. 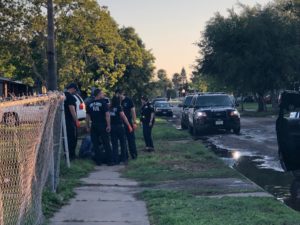 According to police, upon arrival, CCPD witnessed people exiting the residence with weapons. More specifically a shot gun and a baseball bat.

One person was taken to the hospital with a head injury and a person was arrested for aggravated assault.

Police believe stolen items may have been in the residence and the victims came to the house with weapons in an attempt to get the stolen items back.

The case in still under investigation and KRIS6 News will update the situation as facts become available.