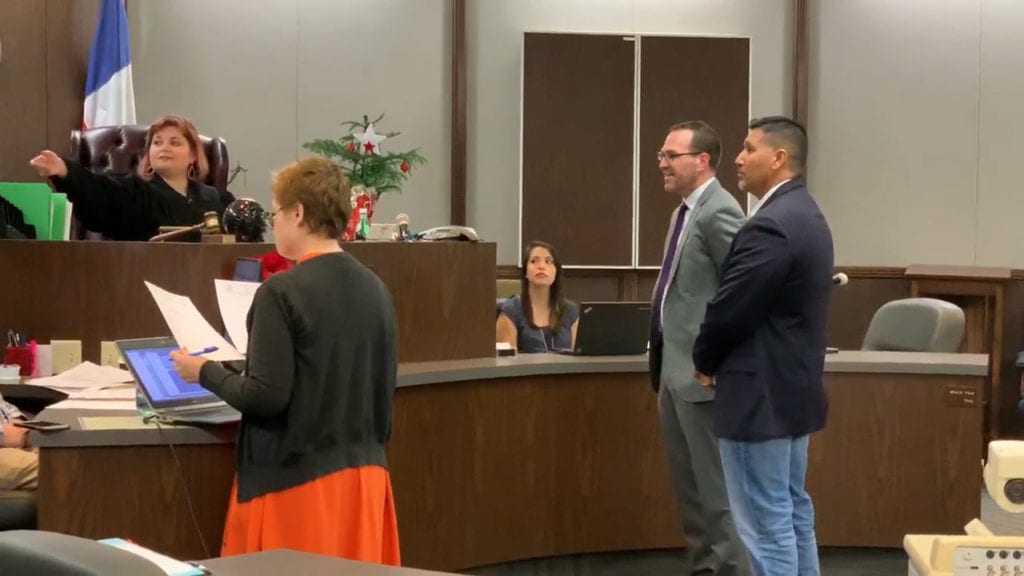 A special prosecutor has been assigned to this case. These cases are normally prosecuted by the Nueces County District Attorney’s Office. However, because District Attorney Mark Gonzalez, a former criminal defense lawyer, represented Cabello in past cases, the DA’s office has recused itself from this recent case.

Court and police documents show Cabello has a history of physical and mental abuse toward family members.

The latest charges come after an incident in November where police were responding to a report of domestic disturbance at a residence in Robstown.

According to an arrest affidavit, Cabello said he and his wife had gotten into an argument, but Cabello’s wife said she did not want to press charges.

However, the affidavit outlines several conflicting audio and video recordings by Cabello and his wife regarding the incident.

Ultimately, Cabello’s wife said she had been abused, both physically and emotionally, by Cabello for years. The couple’s son also recalled witnessing the alleged abuse.

The case has been assigned to the 214th District Court, which specifically handles cases of domestic violence.

Cabello served with the Corpus Christi Police Department for 14 years.