Nueces County District Attorney Mark Gonzalez finds himself in a bit of controversy over a recent Facebook post.

As we’ve reported, the District Attorney posted a Facebook video last week explaining his decision to not prosecute certain misdemeanors when they accompany a felony charge.

That decision was met with criticism from the Corpus Christi Police Officers Association.

The original post came from John Little, a retired CCPD officer with more than 20 years law enforcement experience.  In his response, Gonzalez called Little, whose first name is John, Richard in capital letters.  Gonzalez then said “trust me, the sheer idiocy of all the comments by keyboard warriors such as yourself are entertaining.”

About an hour later, Gonzalez re-shared his original video on his page with the comment “Haters be my motivators!!!” and the hashtags #gonzalez2020 and #ftp.

It’s the #ftp that has the CCPOA concerned.

“In my line of work, FTP stands for ‘F the Police’, and I think that’s the first response,” said CCPOA President Scott Leeton.

A Google search for #ftp agrees.  Gonzalez’s post was deleted, but not before screenshots spread. 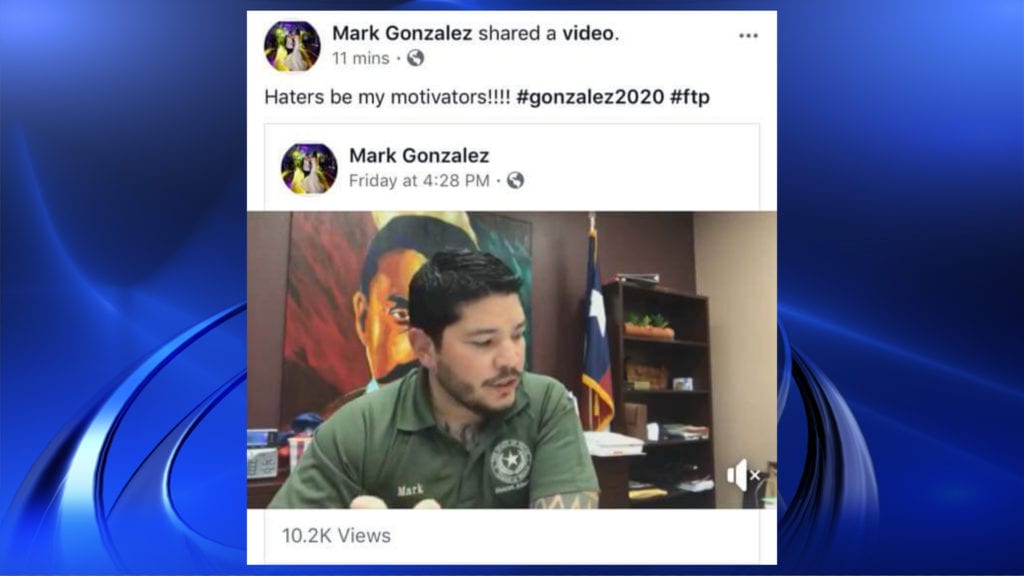 Leeton agrees Gonzalez should he held to a higher standard, but reserves judgment for now.

“Gut feeling is it’s a bit concerning, or he would have not taken the post down,” said Leeton.  “I don’t want to assume, I want to have the opportunity to speak to him directly.”

Late Wednesday afternoon Gonzalez posted a response to the controversy on Facebook.  He says in part quote “ftp would never ever ever mean, if said by me, f the police. To me it means for the people.”  He added #Ibacktheblue.