Obviously, $5.7 billion is less than a tiny drop in the federal budget bucket.

But several Texas lawmakers are determined not to let that sum come from money earmarked for Hurricane Harvey relief. 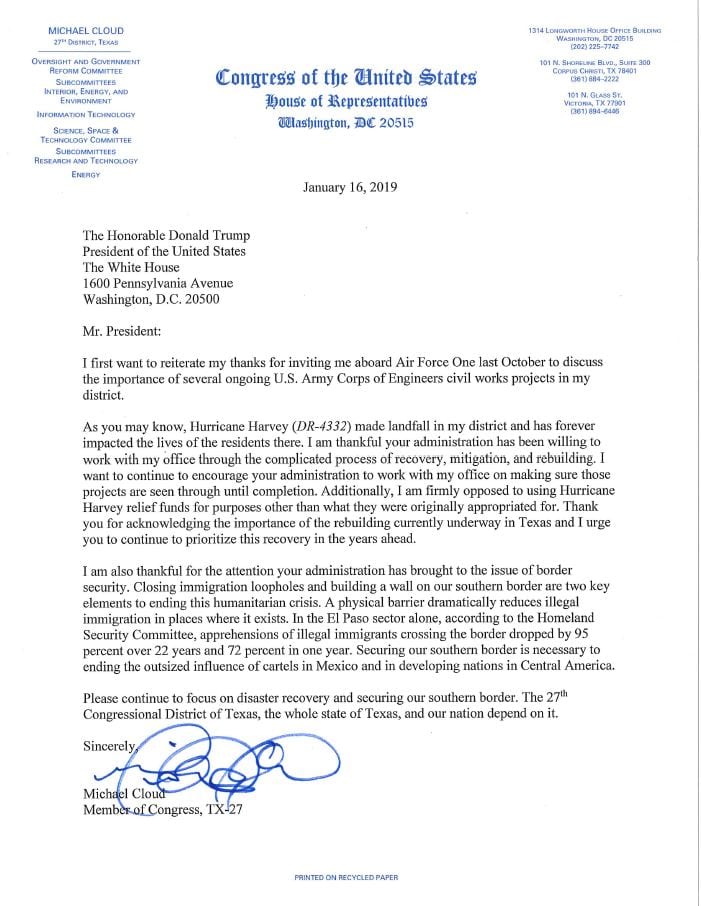 So they’ve sent a letter to President Trump, urging him to not let that happen.

Gov. Greg Abbott, both Texas U.S. Senators and several congressmen signed the letter. It says that money from the U.S. Army Corps of Engineers needs to be used for its intended purpose.

The funds in question have been earmarked for hurricane repairs in the Houston-Galveston area.