Authorities in Live Oak County are asking for the public’s help in finding a missing 12-year-old girl and the man police believe may have abducted her. 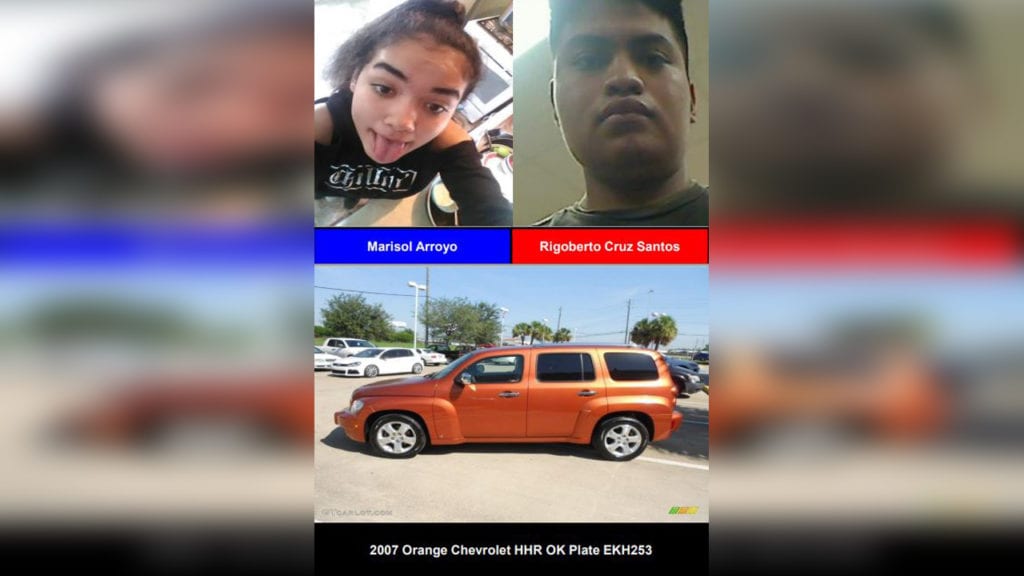 According to police, 12-year-oild Marisol Arroyo may be in grave or immediate danger. 22-year-old Rigoberto Cruz Santos is wanted in connection to her disappearance.

Arroyo is described as 5 feet tall, weighing approximately 85 pounds. She has brown hair and brown eyes.

Anyone with information regarding this abduction is asked to call the Live Oak County Sheriff’s Office at 361 449 2271.