How the US military will identify remains from North Korea

HONOLULU (AP) – U.S. Vice President Mike Pence is flying to Hawaii on Wednesday to receive 55 boxes of bones recently handed over by North Korea. The remains are believed to belong to servicemen from the U.S. and other United Nations member countries who fought alongside the U.S. during the Korean War. 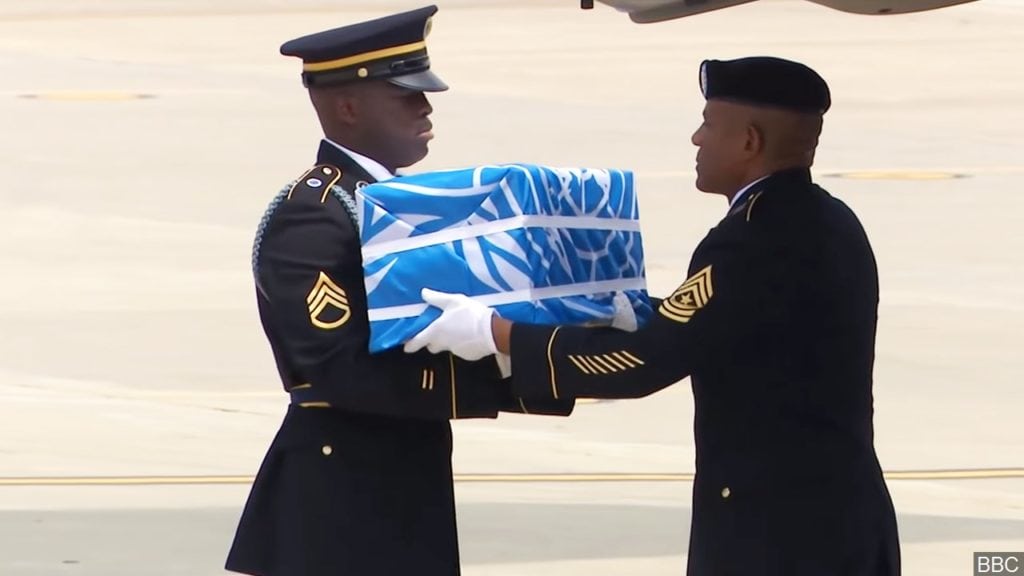 Here’s a look at what will happen next:

WHERE WILL THE REMAINS BE TAKEN?

The remains will go to a lab in Hawaii run by the military agency that identifies missing servicemen and women from past conflicts. The Defense POW/MIA Accounting Agency identifies remains from battlefields around the world. The agency also has a lab at Offutt Air Force Base near Omaha, Nebraska, though the remains arriving this week will be analyzed at Hawaii’s Joint Base Pearl Harbor-Hickam.

The agency also sends DNA samples for analysis to the Armed Forces DNA Identification Laboratory at Dover Air Force Base in Delaware. Many families who are awaiting the return of their loved ones from the Korean War have already submitted DNA samples to the agency to help in the identification process.

HOW WILL THE REMAINS BE IDENTIFIED?

Typically, the agency’s forensic anthropologists study any evidence found with the remains for clues, such as military uniforms, identification tags and personal items like wedding rings. But North Korea provided only a single military dog tag with the 55 boxes.

The anthropologists also study remains to determine their sex, race, size and age. Scientists search bones for evidence of trauma caused at the time of death and for previous injuries or conditions like arthritis.

Dental experts will compare dental records, including any X-rays, with the remains.

Three-quarters of the remains the agency identifies are determined with the help of mitochondrial DNA, which is a type of DNA that’s passed from mother to child.

The lab does this by taking DNA samples from bones and teeth. The DNA lab in Delaware extracts the mitochondrial DNA from the sample to determine its genetic sequence and compares this with samples provided by relatives.

The agency uses mitochondrial DNA so often because it’s durable and each sample has a large number of copies, making it an effective way to identify bones. Though recent advances in DNA technology have made other types of DNA analysis possible as well. 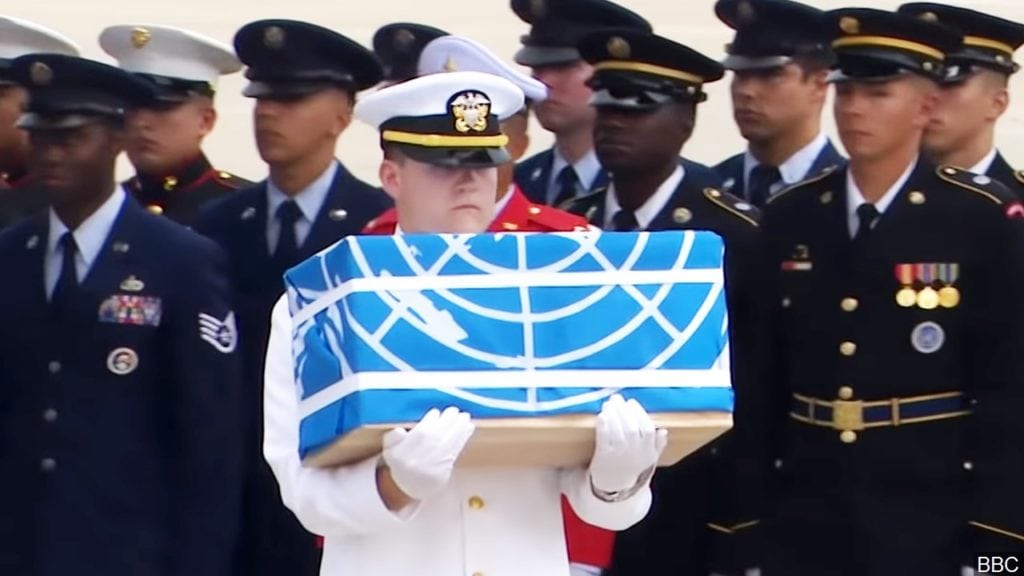 HOW MANY U.S. SERVICEMEN ARE MISSING FROM THE KOREAN WAR?

Sixteen other United Nations member countries fought alongside U.S. service members on behalf of South Korea. Some of them, including Australia, Belgium, France and the Philippines, have yet to recover some of their war dead from North Korea.

Defense Secretary Jim Mattis has said some remains could turn out to be those of missing from other nations. He said this was an international effort to bring closure for families.

HOW LONG WILL IT TAKE TO IDENTIFY THE REMAINS?

Defense POW/MIA Accounting Agency spokesman Chuck Pritchard says each case will be different. Some could take several months while others could take years.