It’s a pet therapy program that can be found at several hospitals and clinics here in the Coastal Bend.

Sue Fiedler knew being part of this group was her calling. "I actually worked at Driscoll Children’s Hospital for 20 years and I used to see the dogs come in and see how they lit up the patient’s life for that day and I thought boy when I retire that’s the first thing I’m going to do," says Fiedler.

And she kept that promise. For a few years now she and Lucy have roamed the halls of Driscoll Children’s Hospital, bringing smiles to patients.

"You come on situations where they’re having a really bad day and it’s really hard to work thru that but in the end it makes them feel so much better," says Fiedler.

Just as in the case of Keilani Garcia who says of the pet that visited her "she’s really soft so it’s really comfortable." Keilani and her twin sister, enjoying this pet therapy session which brings a sense of joy to everyone in the room. 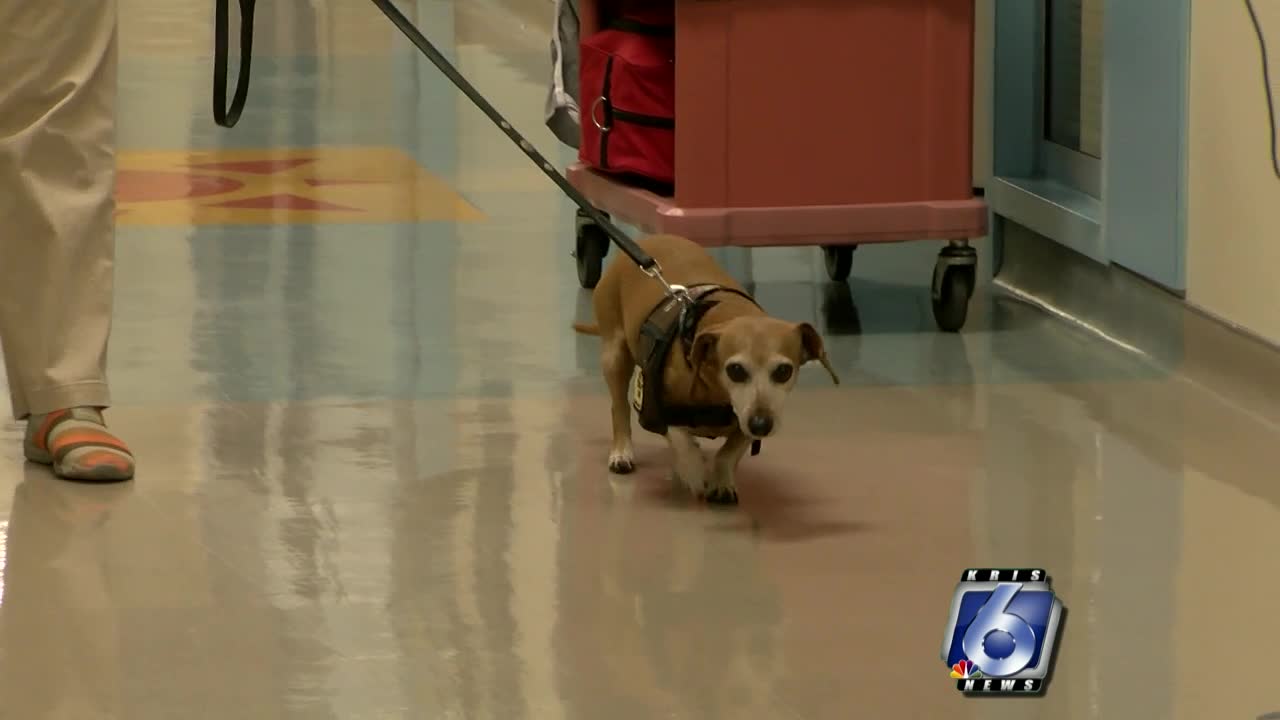 "As soon as the dog came in she lit up and that that’s priceless for us," says Keilani’s mom Norma Garcia.

"(Parents) They’re stressed too and it’s a way of relieving that stress and they like to see their child doing well and being happy is not the best of circumstances" adds Fiedler.

The pups bring a sense of normalcy to even the smallest of patients. Would you like to become a "paws up volunteer"?

Send an email to pawsupinc@aol.com.