Police say the driver of a blue van made an unsafe lane change that resulted in a two-vehicle crash.

The crash happened just before 1:00 pm Saturday afternoon near the S.P.I.D. and Rodd Field Road intersection. 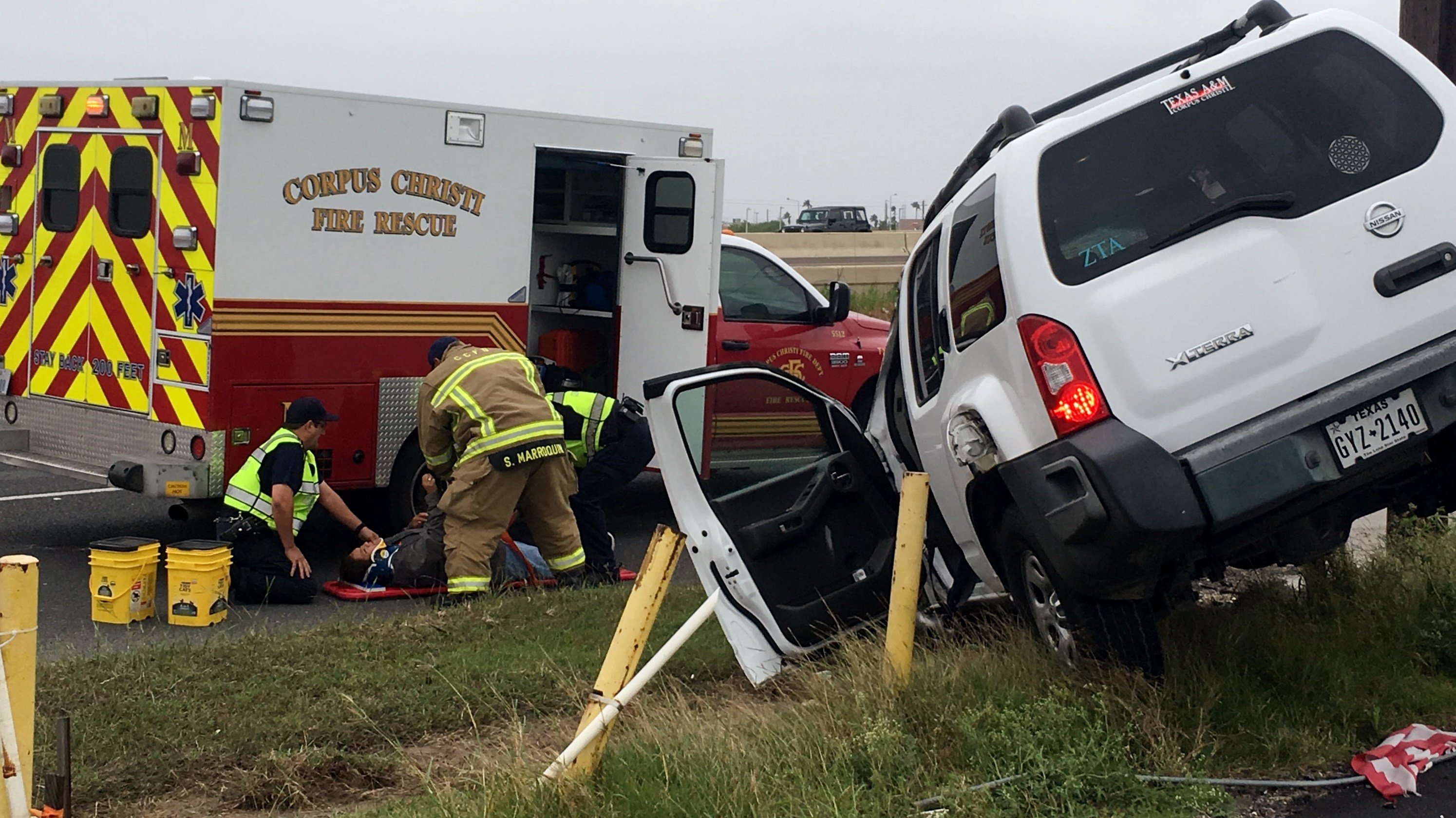 According to police at the scene, a male driver, a female passenger, and four children were inside when a white SUV struck them from the side.

The female passenger was taken to Spohn Shoreline Hospital, and a child in the van was transported to Driscoll Children’s Hospital with non-life threatening injuries.

The female driver of the SUV was taken to Bay Area Hospital with non-life threatening injuries, police said.

After the crash, police say the van caught fire. Police are crediting a good samaritan that ran over to the van with a fire extinguisher to put out the fire.

Officers at the crash scene said the driver of the blue van will be cited for making an unsafe lane change.