Chelsea Torres is a San Antonio native and joined the KRIS 6 News team in April of 2017. Chelsea graduated from Texas State University in December of 2016 where she was the Assistant Program Director for the school’s radio station, KTSW 89.9.

Immediately after graduating, Chelsea went from intern to morning production assistant for News 4 San Antonio and was also the TV Insider for the former amateur soccer team in San Antonio.

Before moving to Corpus Christi, Chelsea worked with Cox Communications at the CBS Sports Radio and KKYX stations as a radio DJ.

Chelsea has competed in a few pageants and was an active volunteer with Meals on Wheels. She enjoys watching a good game or MMA fight and spends most of her time outdoors, hiking or fishing. But most of all, she enjoys meeting new people and telling their stories!

If you ever see her out and about, she’d love to meet you! 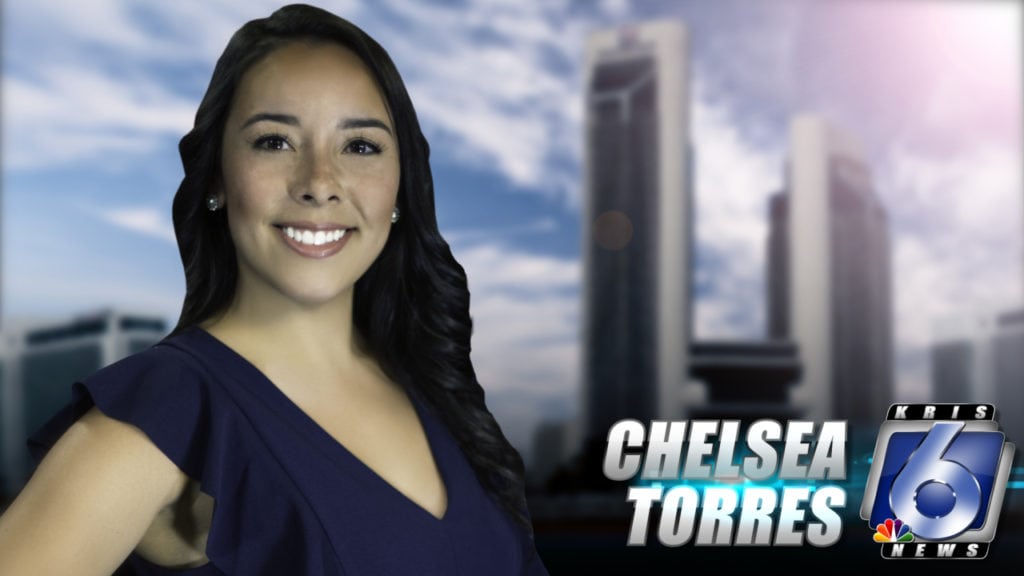