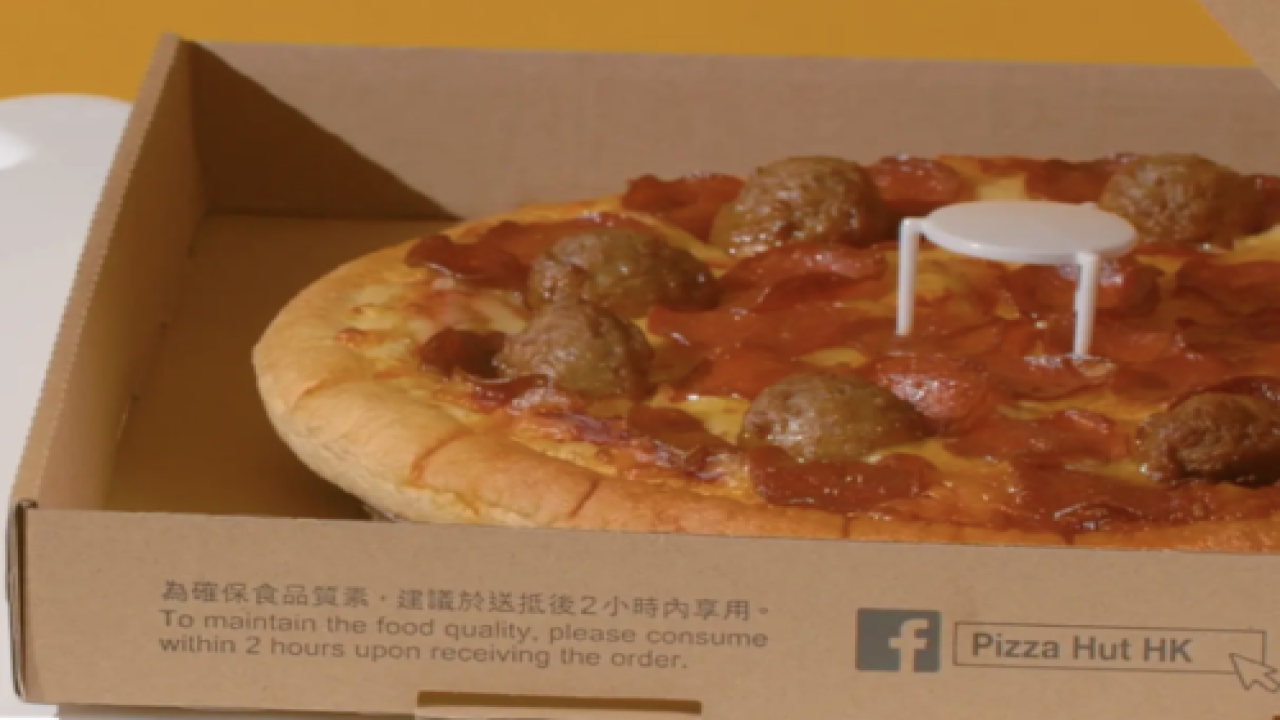 Have you ever wondered about those little white tables that come in the box with your pizza delivery? Like me, do you think they look like they belong in a dollhouse? Or that they should be used to serve miniature pie slices to hamsters?

Believe it or not, you’re not the only one who thinks these tiny tables could be meant for more. Ikea made full-size versions of the tables as a just-for-fun collaboration with Pizza Hut.

Just like almost everything at Ikea, the tables aren’t sold in their assembled form. Instead, the parts come flat-packed in Pizza Hut-branded pizza box. Ha!

Technically, the mini-tables you get with your deliveries are called “pizza savers.” They’re supposed to protect the pizza from a sagging lid in the event that a few pies are stacked on top of each other in the delivery vehicle. That way, the box tops don’t get smooshed into your fresh pie.

Ikea’s version is called the Säva — get it? — and comes in white, just like the real savers. It’s the perfect size perch for a pizza; I’d be proud to put it in my living room. (But then, I’m just a wee bit obsessed with pizza.)

Handily, the Pizza Hut x Ikea team-up also included an Ikea-themed pizza, made with the company’s famous Swedish meatballs. Here’s a short video made for the collaboration that shows off the Säva and the potentially tasty pizza:

So this all sounds great, right? Two beloved brands offering a couple of fun, new products. Actually, Ikea appears to be pursuing such collaborations as part of its business plan.

There’s a catch, though (there’s always a catch).

The tables are only available at Ikea’s handful of Hong Kong locations. Drat! Worse, according to Fast Company, the tables have sold better than expected. They might be gone soon.

Though if the collaboration results in more furniture and pizzas being sold, perhaps the quirky mashup will reach our shores eventually. The dream of dedicated pizza tables will become a reality!