How To Make Layered Pina Coladas 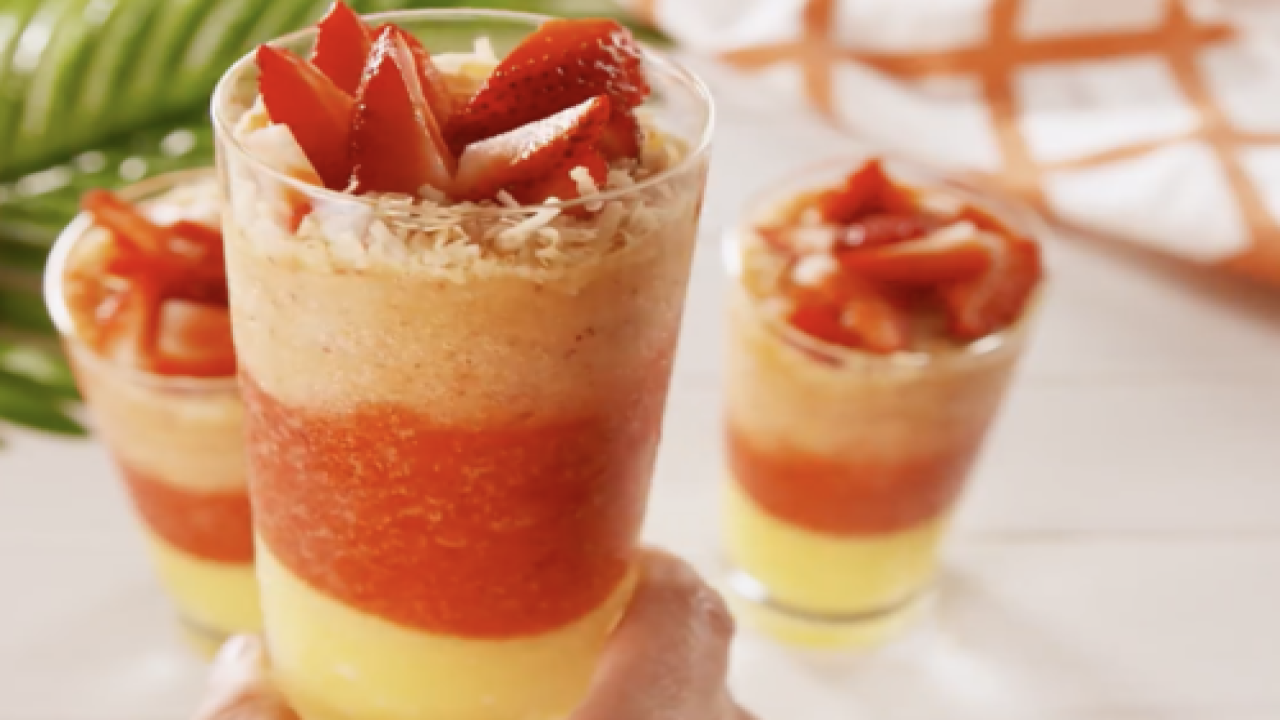 We can’t think of a better time for a colorful, tasty and boozy beverage than this social-distancing summer.

Enter Triple-Layer Pina Coladas, a drink recipe that Delish released several years ago. It’s been recirculating online as the heat of the summer (and the moment) increases.

This blended drink involves pineapple, strawberry and peach layers, each laced with rum and other sweet ingredients.

You blend each fruit layer separately and pour them one at a time. The drink is frozen between pouring each layer so that they will stay separated. Delish also recommends using the back of a spoon to pour the second and third layers so that they fall more gently and don’t mix.

For a martini-style take on the tropical beverage, I’m Bored Let’s Go made a Pina Colada-tini that gets its striking look by drizzling blue curacao over a rum-pineapple-cream of coconut mixture. The blue curacao sinks to the bottom for an ombre effect.

If you’re more of a pina colada purist but like the layered look, blogger Shanna at Pineapple and Coconut makes a Golden Layered Pina Colada.

She pours a mango and pineapple rum layer in the glass first before topping it off with a frozen and blended coconut rum layer. Whipped cream and coconut make up the garnish.

Don’t drink alcohol? Try the Miami Vice Mocktail from Terri Gilson’s Food Meanderings blog or the one from The First Year.

It’s basically half strawberry daiquiri and half pina colada. It’s a great way for kids to join in on the fun summer beverages, but you could also just save it all for yourself.

And if you’re more hungry than thirsty, you might want to try The Pioneer Woman’s Pina Colada Tres Leches Cakes.

The recipe layers cupcakes with a tres leches rum concoction followed by chunks of pineapple, then repeats the cake and tres leches layers. Whipped cream is again the topper.

User @kupocake makes a similar one in a mason jar as seen below.

They all look like tasty summer treats whichever you try!