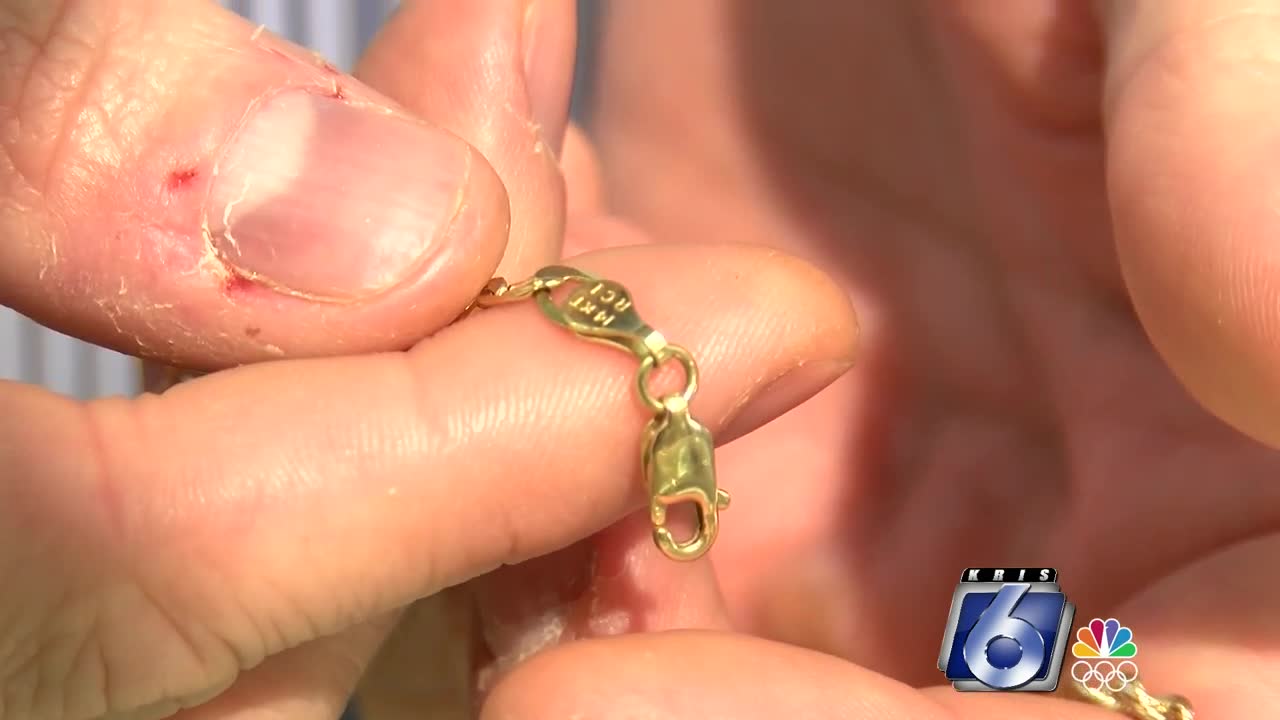 Friday, San Patricio Sheriff Oscar Rivera made a Facebook post, letting the public know of a current scam that is going around the Coastal Bend. It has to do with jewelry, and many residents have already fallen victim to it. 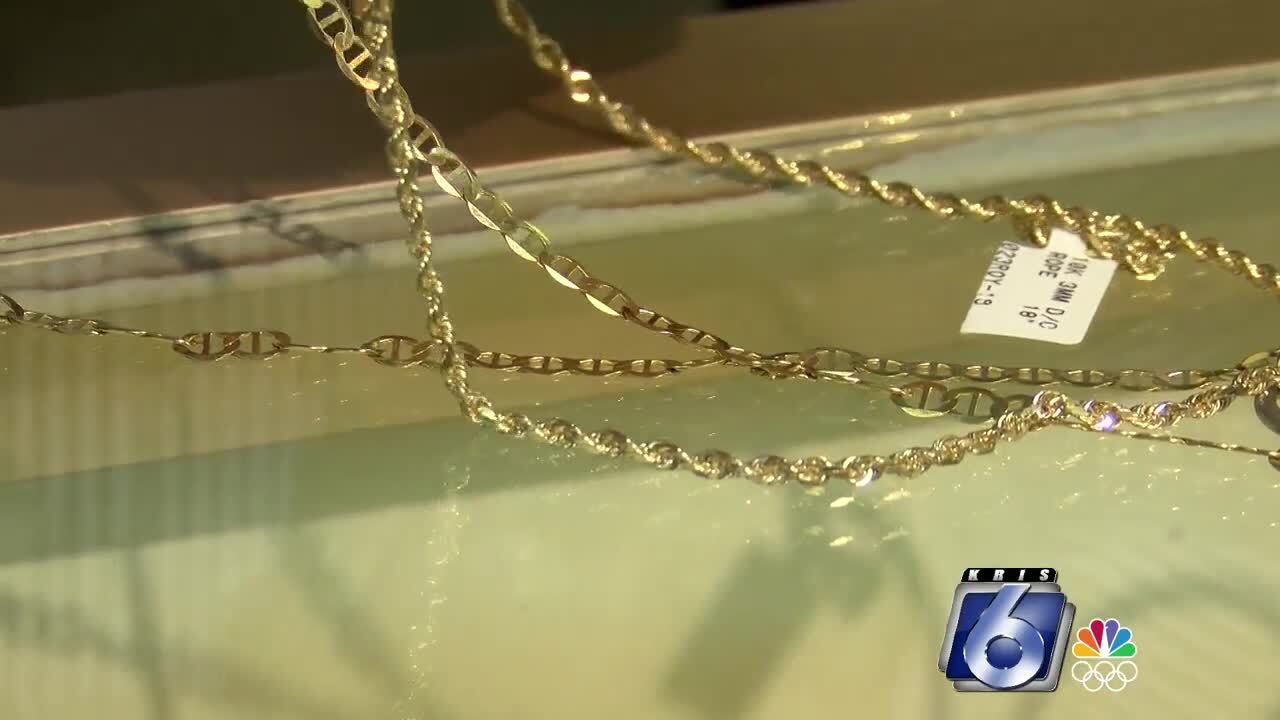 SINTON, TX — Friday, San Patricio Sheriff Oscar Rivera made a Facebook post, letting the public know of a current scam that is going around the Coastal Bend. It has to do with jewelry, and many residents have already fallen victim to it.

One Sinton Resident, Kathy Rittiman, was grocery shopping at H-E-B. While leaving, a woman and her daughter approached them in the parking lot.

"She said she was from Europe, and that her daughter had lost her billfold and she didn't have any money and she needed money."

Rittiman says her husband felt bad and knew he wanted to help in some way, "and then she pointed at this necklace chain, that she was wearing around her neck. and said she would sell it to my husband."

Her husband gave the woman $20, but did not want the chain. However, many other residents in the area have fallen victim to the same sob story and have given hundreds of dollars in exchange for the gold jewelry.

Many residents have gone into Roger's Fine Jewelers to get their new jewelry appraised, that's when owner, Josh Rogers, noticed something suspicious going on.

Rogers says he noticed a few people coming in a couple times a week with the same story and just last week, three people came in trying to get their new gold appraised. He said he had to let them know that the jewelry was fake and not what they originally thought it was.

"You can tell it really hurts some of them, that they did this out of the goodness of their heart and turns out it was all a scam."

This scam has been happening in Mathis, Sinton, Aransas Pass, Rockport and even Lamar, in H-E-B parking lots, as well as Walmart parking lots.

The San Patricio Sheriff's Department says that if you find yourself in this situation, call your local Law Enforcement agency and report suspicious sales.