City council votes to remove itself from the health district
News

According to a study by researchers at UC Irvine Institute for Memory Impairments and Neurological Disorders, drinking alcohol and coffee moderately might be conducive to a longer life.

Participants in Laguna Woods were visited every six months by researchers at the Clinic for Aging Research and Education (CARE) and were tested neurologically and neuropsychologically with the goal of determining if certain behaviors, diet,  medical history, or various lifestyle choices were associated with a longer life or a development of dementia.

The vast 90+ study, which started in 2003, was initially meant to help scientists understand the clinical, pathologic, and genetic implications in one of the fastest growing populations, referred to as the “oldest old” in the study. 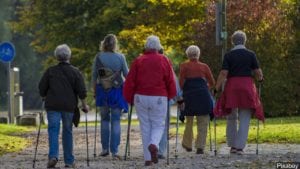 Some major takeaways from the study include a 15 percent reduction in risk of death or people who drank two or more alcoholic beverages a day compared to those who abstained and a U-shaped mortality curve in regards to caffeine intake.