Tetrahydrocannabinol (THC), the chemical that is associated with the “high” of cannabis, might be able to reduce the symptoms and even slow down the effects of Alzheimer’s disease, a new study suggests.

The study was conducted on a group of mice who had been genetically altered to have symptoms of Alzheimer’s; as well as a group of unaffected, healthy mice. 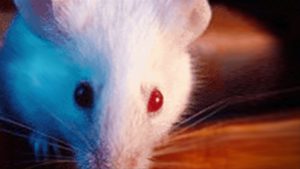 The mice were subjected to a memory test to remember where a shallow area of a small pool was located. The mice with Alzheimer’s symptoms were tested against the healthy mice, some given a synthetic form of THC and some given a placebo. In the six-week study, the mice who were given the synthetic THC performed similarly to the mice without Alzheimer’s symptoms, while the placebo mice struggled.

“Cannabis could be beneficial for Alzheimer’s disease,” University Medical Center Goettingen researcher Yvonne Bouter said when she presented the results at a conference at the Society for Neuroscience in San Diego. “The treated mice also lost fewer brain cells and their brains contained 20 percent less of the sticky plaques associated with Alzheimer’s.” 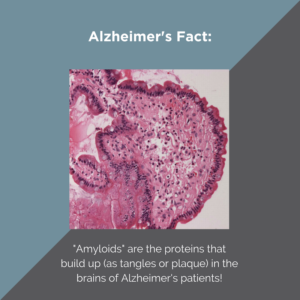 Researchers also said that marijuana users should take this news with a grain of salt. Although the results of this study on mice are promising, the same study was done on healthy mice and they had trouble learning.

“From our perspective, there are chemicals in marijuana that can be helpful, but we’re not coming out in favor of marijuana use,” Joel Loiacono of the Alzheimer’s Association in the United States said “They’re just beginning to do studies about cannabinoids. We’re not closing off any avenues, the jury is just still out as we need to do more research in the area.”

Federally, Cannabis still remains on the Schedule 1 substance list in the US, despite being legal for medical and recreational use in several states in the United States.

This makes the issue of long-term human testing more difficult than with mice. However, in a small study done on 10 Alzheimers sufferers, Cannabis has been reported to generally improve quality of life for patients by improving sleep, reducing agitation and helping Alzheimer’s patients eat more.