With Halloween sweets lurking and National Diabetes Month coming up next month, there is new hope for people with type 2 diabetes.

This is a growing concern. According to Medical News Today, 9.4 percent of the United States population had type 2 diabetes in 2015. Included in that total is 30.2 million adults 18 years and older. And nearly a quarter of those with the condition don’t know it.

And it’s especially growing in Texas, where 2.841 million are estimated to be suffering from the illness.

According to the writings from doctors in BMJ Case Reports in an Intensive Dietary Management clinic in Toronto, three men varying in ages from 40 to 67 tried planned intermittent fasting to see if it would have an effect on their type 2 diabetes symptoms. 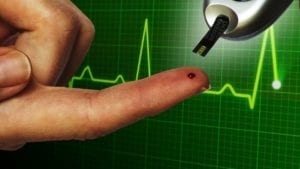 At the beginning of the experiment, the participants participated in a 6-hour nutritional training seminar about diabetes. Over a 10-month period, two of the men fasted every other day for the entire day, and the third man fasted for three days a week. During their fasting periods, they were allowed to drink low-calorie drinks like tea, coffee, and water and have one small, low-calorie meal in the evening.

The three men managed to reduce their weights by about 10-18 percent, and after a month in the limited observational study, two of the men reported being able to stop taking all their other diabetic medications, The other man was able to cut out three of the four diabetes medications he was on.

Insulin prices have been rising and costs involved with invasive surgery are monetary and physical. That makes fasting seem like an easier and possibly more effective method.

According to the doctors who wrote about the study, “Medications help manage the symptoms of diabetes, but they cannot prevent the progression of the disease. Therapeutic fasting has the potential to fill this gap in diabetes care by providing similar intensive caloric restriction and hormonal benefits as bariatric surgery without the invasive surgery.”