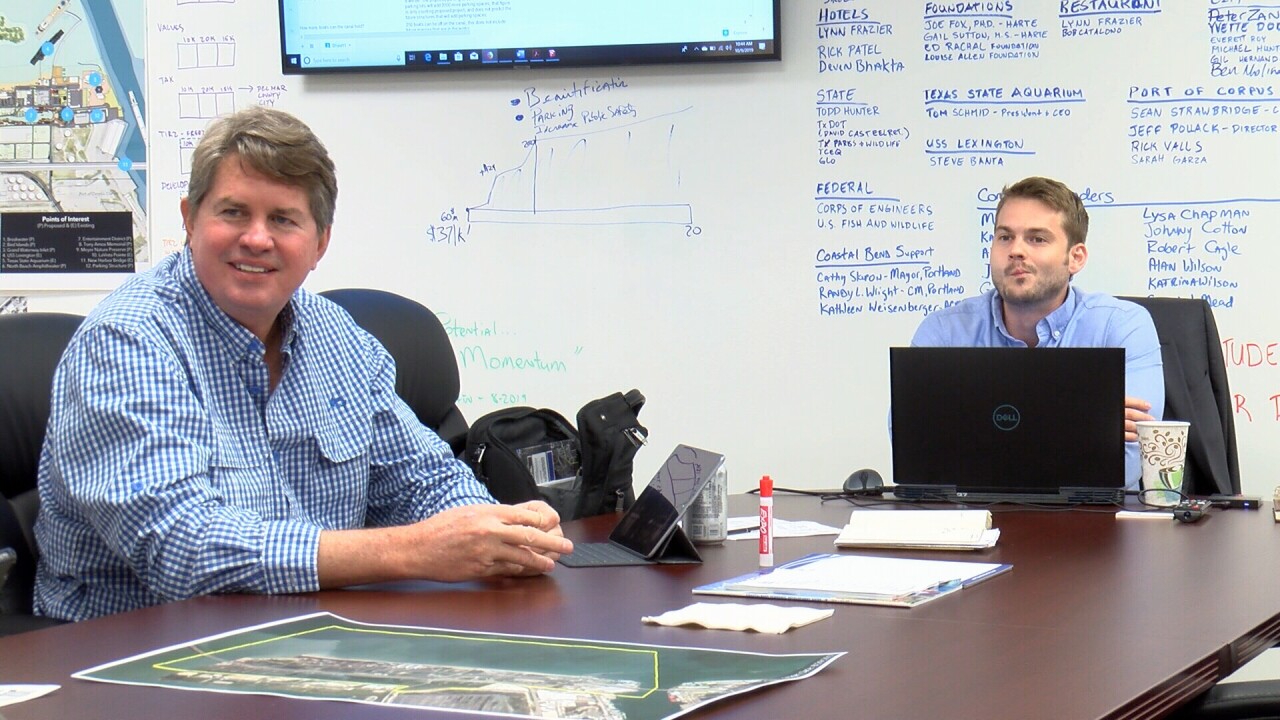 Developer Jeff Blackard sits in one of the &quot;war rooms&quot; run by the North Beach Task Force. The task force&#39;s plan to put a canal on North Beach hinges on a city council vote to create a Tax Increment Reinvestment Zone

CORPUS CHRISTI, Texas — It's been six months since the North Beach Task Force unveiled its vision to fix drainage issues on that side of the Harbor Bridge; next week, that vision faces a crucial vote by the city council.

On Tuesday, the council has a first vote on creating a Tax Increment Reinvestment Zone (TIRZ) #4 on North Beach. That TIRZ would pay for a variety of projects from signage to developing incentives for development of North Beach. So while it's not directly a vote for the canal, there won't be a canal without a TIRZ.

“If there's no TIRZ voted for, we'll be gone,” said Jeff Blackard, part of the North Beach Task Force.

Blackard believes Oct, 15 is an important day for the whole city, not just North Beach.

“I know it's a TIRZ vote, but when they do that they show that they can do things in this city,” said Blackard.

The TIRZ zone would establish the following:

According to Blackard, North Beach generates about $380,000 a year for the city. As property values increase with development, the TIRZ collects those added taxes, which are estimated to be up to $3.2 million per year after 20 years. That money pays can be used to help pay for various improvement projects within the TIRZ.

“This TIRZ and the canal is really a utility project,” said Blackard.

The canal would run down the length of the old railroad line and open into the bay. Blackard sees it as the centerpiece of a Riverwalk-style attraction on North Beach designed to bring more visitors to the city. Blackard has previously said he would pay to develop the land if the city digs the canal.

“There's 800,000 people going to the Lexington and the aquarium every year,” said Blackard. “It's the front door.”

“When it has a little rain, people there can't get to their property,” said Blackard. “They have rights as taxpayers, just like they have rights to clean water.”

Not only would a "no" vote kill the canal project, Blackard says it would kill a proposed $35 million development which he says is ready to start construction subject to both the TIRZ and the canal.

If the TIRZ is created, the next step is for city staff to develop a plan to solve the drainage issue. Blackard believes the TIRZ has the support of all but one council member.