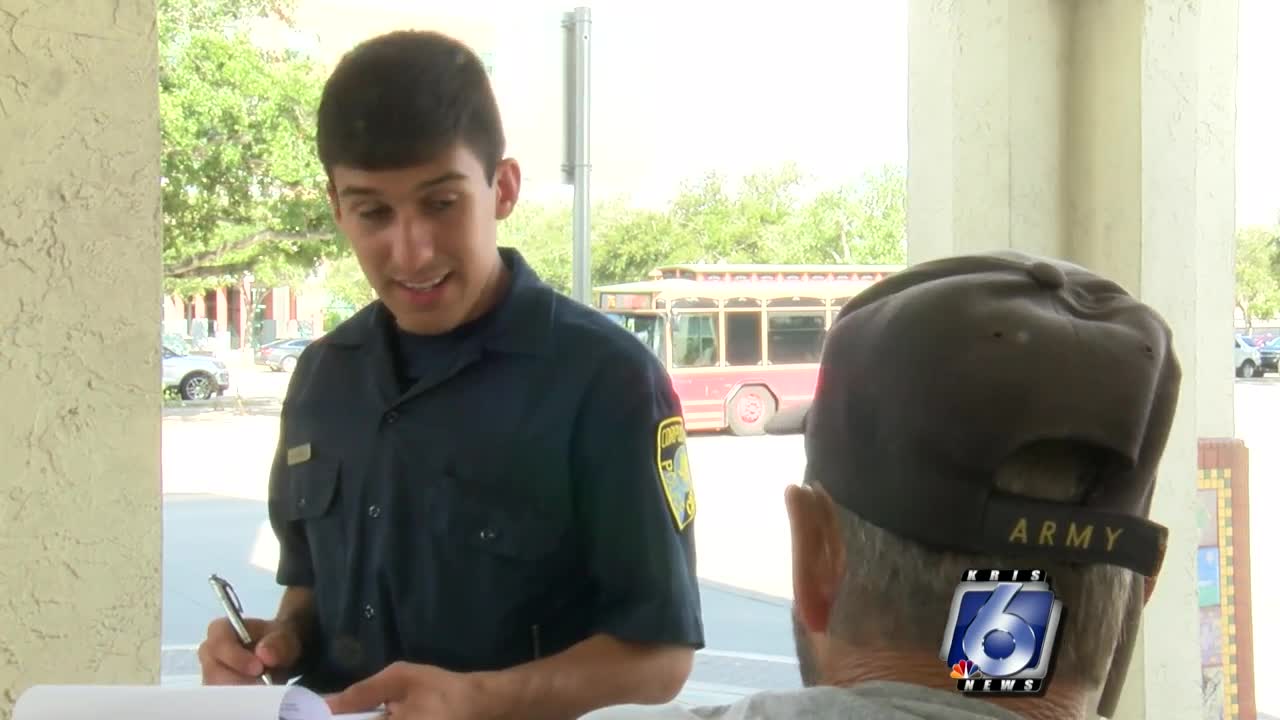 This week, Corpus Christi Police Academy cadets learned two of the most important skills an officer can have, communication and problem solving. https://www.kristv.com/exercise-puts-police-cadets-face-to-face-with-people-theyll-protect

CORPUS CHRISTI, Texas — This week, Corpus Christi Police Academy cadets learned two of the most important skills an officer can have, communication and problem solving.

Those cadets got a taste of life on the street Friday, as an exercise forced them to look for a new solution to an old problem; homelessness, and how it affects people around City Hall.

“It's very important for them to know the people that they're serving and understand what their concerns and their issues are,” said Corpus Christi Police Department Sr. Officer Denise Pace, a Police Academy Instructor.

Armed with clipboards carrying surveys, cadets were on a mission Friday. They had to find the city's homeless and ask how they ended up living on the streets.

“They get to talk to them, ask questions, and learn a little but more about their story,” said Pace. “It teaches them compassion, and it teaches them that these people are humans too.”

Cadets like Reece Bowers didn't limit the survey to the homeless. They listened to anyone who was willing to share their thoughts on homelessness here.

“They see it, and some of the people I've been talking to are even former homeless,” said Bowers. “They have a lot of insight on how they got out of it, and resources we can provide to help. It's a classroom assignment, but also more of an outreach to the community.”

Each cadet surveyed five people, either around City Hall, or at the RTA station across the street. Together this class of cadets will work to find answers to downtown's homeless questions.

“Maybe one of them will come up with some kind of brilliant solution,” joked Pace.

More importantly, the cadets learned if you're going to work the street, you have to learn how to listen to it.

“Communication is a very crucial part of policing,” said Bowers. "Not everything is a fist fight.”

Cadets called Friday's exercise invaluable. They say being comfortable approaching what is essentially a stranger will make them more effective officers after they graduate from the academy.

Once the cadets finished at City Hall, the spent the afternoon speaking with people at La Palmera Mall. There, the cadets asked the people they’ll be protecting what they expect from new officers.