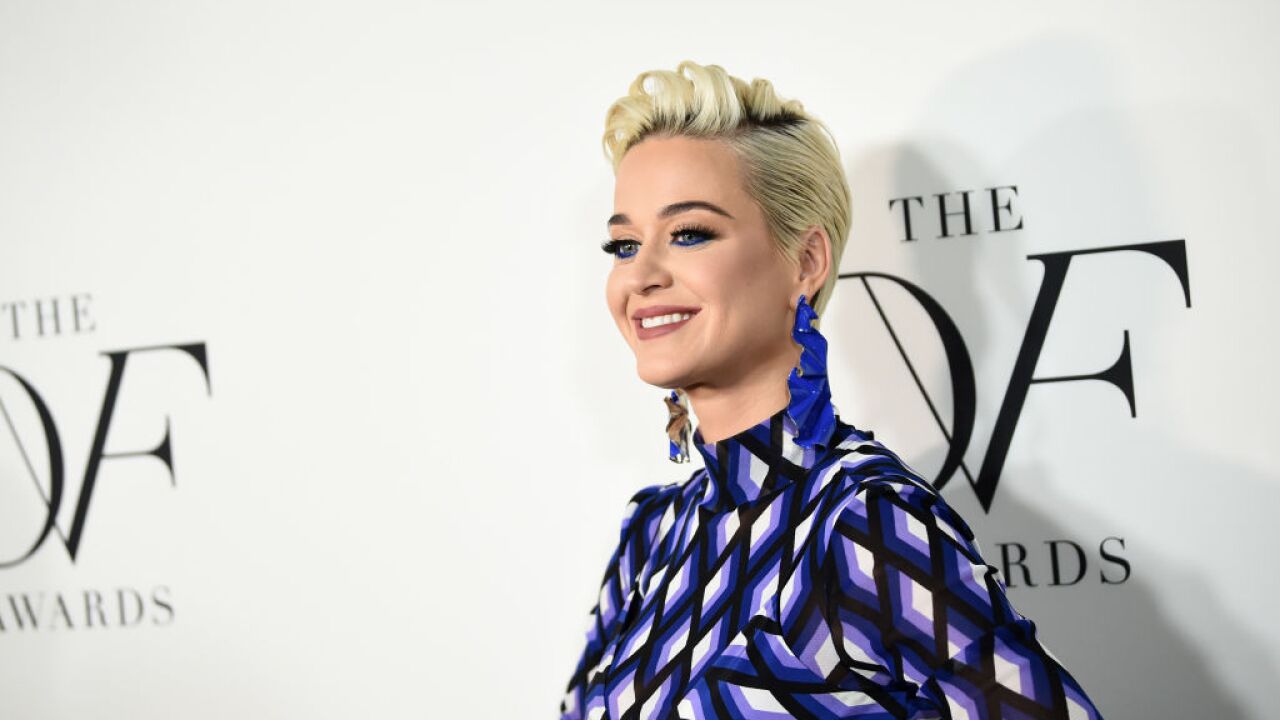 Katy Perry announced to the world in her new music video that she is pregnant with her first child.

The singer and host of American Idol revealed her baby bump in the final moments of the music video for her new single "Never Worn White." The release was Perry's first of 2020.

In the music video, Perry donned an elegant white gown fit for a bride and wore a bouquet of flowers while singing a love song to fiancé, Orlando Bloom.

According to USA Today , the pop star first sparked pregnancy rumors Wednesday morning after dropping a four-second-long preview clip for "Never Worn White" that included a shot of her rubbing her stomach.

Watch Perry's new music video in the player below.

This story was originally published by Julia Varnier on WTKR in Norfolk, Virigina.