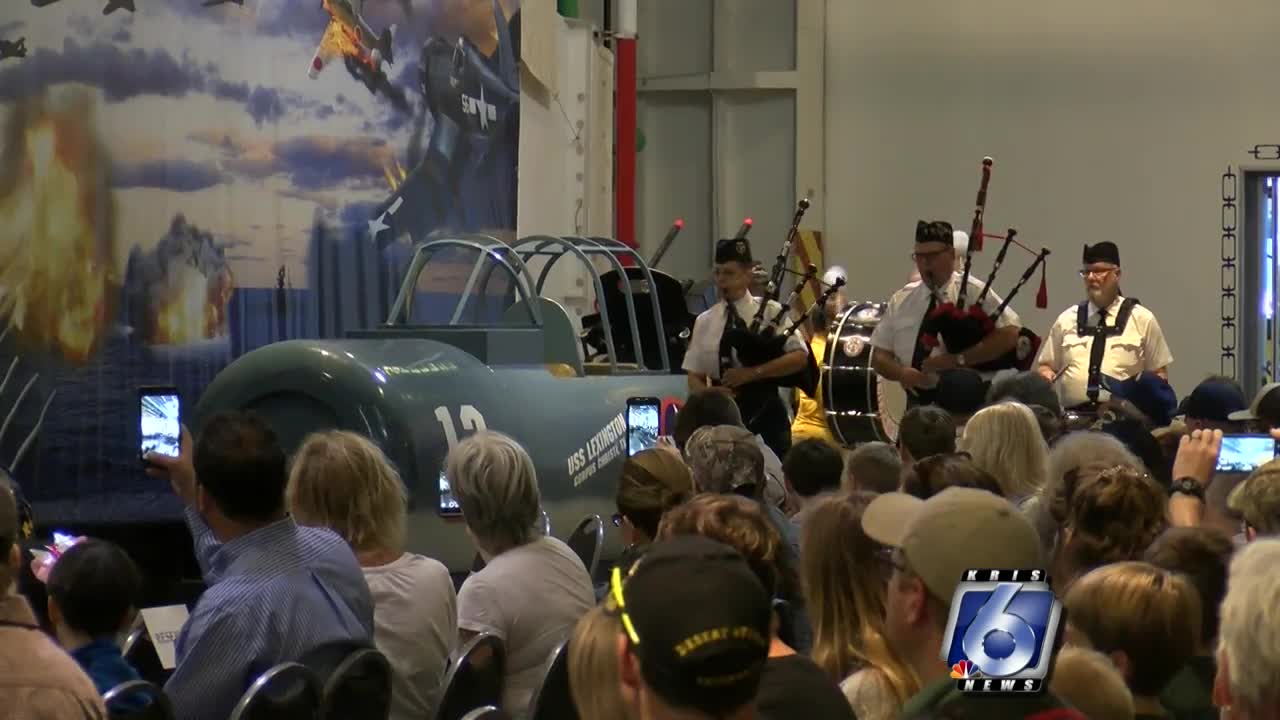 Today the Blue Ghost remembered the event that sent the U.S. to war.

Today, the Lexington commemorated the 78th anniversary of the Japanese attack on Pearl Harbor with a ceremony in Hangar Bay 2.

Two survivors of that attack were on hand for the remembrance.

"We normally have three that do attend these events." said Captain Steve Banta. "Unfortunately, it is less and less as the years go on but it is important to remember them, it is important to us to have them here...and they are definitely the VIP's of this event."