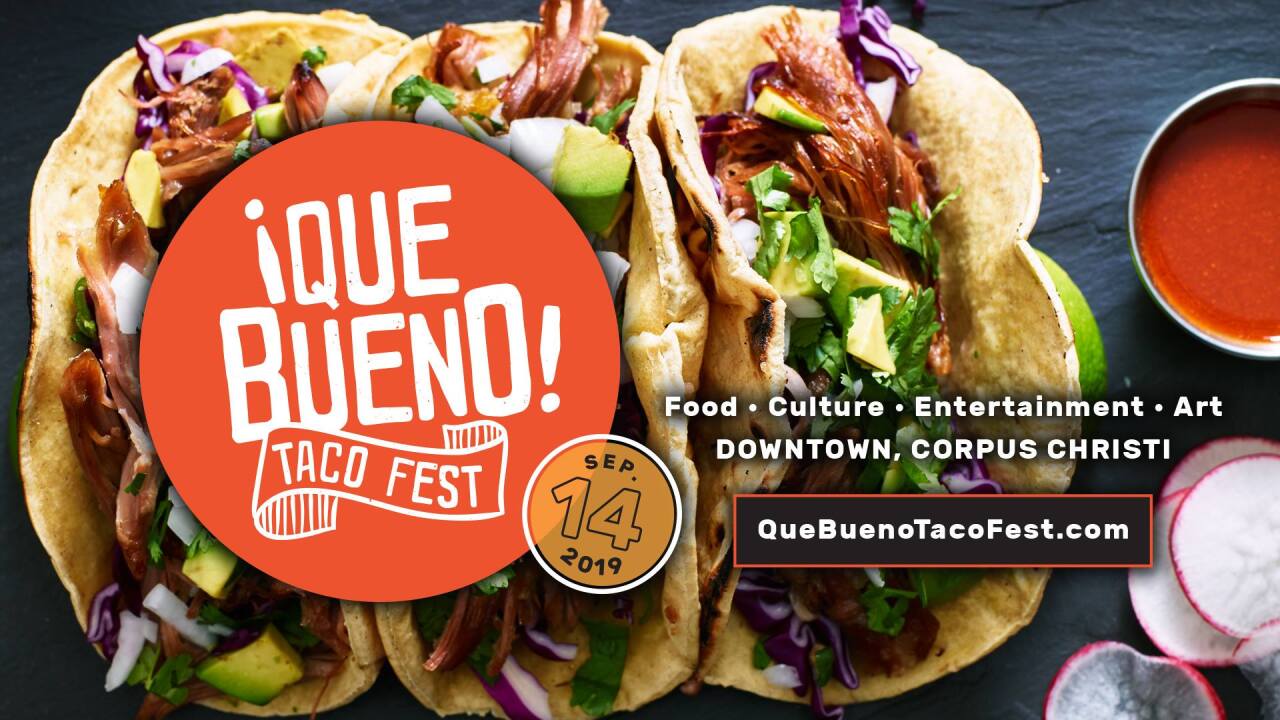 CORPUS CHRISTI, Texas — The 2nd Annual Que Bueno Taco Fest is a fundraiser for the historic Ritz Theatre in downtown Corpus Christi. They also have one of the fiercest taco contests in Texas, maybe even the world.

The streets were lined with taco trucks. There were some returning champions from last year and some fresh faces looking to make a name for themselves. The individual taco categories were judged by a panel of esteemed judges from the community and the best over all taco award was decided by a vote by festival goers. Upon entering the festival, guests were given a best taco token to vote for their favorite taco truck. At the end of the night the votes were counted and results were tallied.

Here are the winners of the individual categories:

Down Range Cooking is a veteran owned and operated food truck that operates on the Corpus Christi Naval Base. This was their first year at the festival and they kicked it off right.

Iron Bull Grill is a regular at most of Corpus Christi's Food Festivals. It is difficult to get a vegetarian taco just right. Iron Bull Grill has mastered it.

Gourmet Faye is a returning champion from Que Bueno Taco Fest 2018. Their Pistachio Dessert Taco and Churro Cheesecake were the highlights of their menu.

This categories was only judged on Asada or Chicken tacos. Jefe's has an incredibly creative, Corpus Christi inspired menu and their social media presence is amazing. You can find them at almost every local food festival.

This is the second award for Down Range Cooking at their first Que Bueno Taco Fest appearance. We will have to wait till next year to have their tacos again. Unless we can get on the base somehow.

Taquitos Mi Tierra won the Best Overall Taco award at last year's Que Bueno Taco Fest. They managed to haul in two awards this year. We will be keeping an eye out for them next year!

A tortilla can make or break a taco. Jefe's puts care into their tortilla making. This is one of two awards that Jefe's got this year.

Taquitos Mi Tierra has had an impressive run. For two years in a row they have won the hearts and tummies of the people attending Que Bueno Taco Fest. Congratulations to them and all the other taco trucks who make Corpus Christi the taco capital of the world.