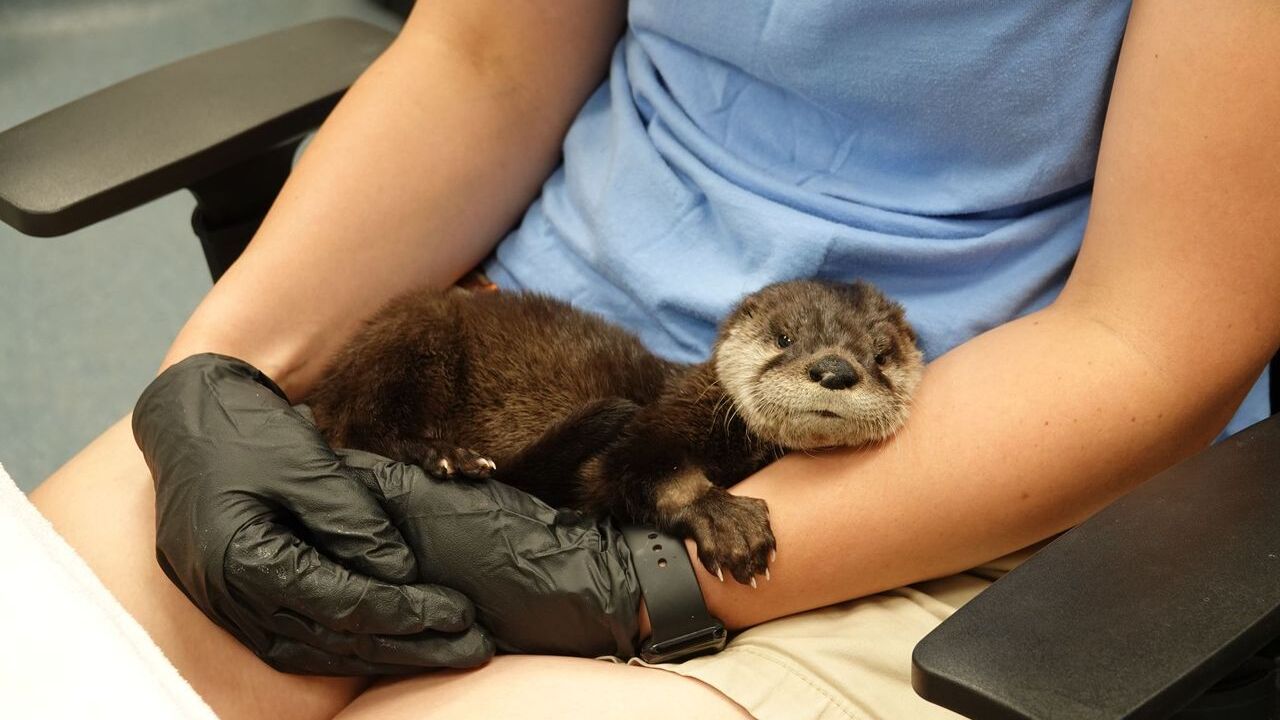 CORPUS CHRISTI, Texas — The Texas State Aquarium (TSA) is introducing the newest and possibly cutest member of their family.

They don't physically reopen until Friday, but today they will virtually introduce the most recent edition to the TSA family -- an orphaned baby otter.

"Join us on Facebook Live to learn more about this amazing little guy and how he is acclimating to his new home at Otter Creek," says their event page.

The live stream is scheduled for Thursday at 11:50 a.m. to meet the new furry guy.

They recently admitted an orphaned river otter pup is estimated between five or six weeks old.

In late April, the 2-pound North American River Otter was found on the side of road in Austin and was taken to the Central Veterinary Specialty & Emergency Hospital where he was immediately triaged. The pup was transferred to the Texas State Aquarium after stabilization.

"Upon arrival at the Texas State Aquarium the otter pup was found to be underweight and dehydrated, but thanks to the quick work of the emergency team at Central Veterinary, the pup was already started on the road to recovery," says the aquarium's website.

The otter has received non-stop care since he arrived at the aquarium. They now report that he is more alert and has regained enough strength to eat on his own.

“We have already welcomed this tiny otter to the TSA family,” said the Aquarium’s COO Jesse Gilbert, “His overall condition has made a great improvement since his arrival, and he has already formed bonds with the staff who have been providing around-the-clock care for him. He’s made impressive steps toward a full recovery in a short amount of time, and we’re hopeful that will continue.”

The young otter will become a permanent member of the Texas State Aqarium due to the very young age that the otter pup was rescued and cared for.