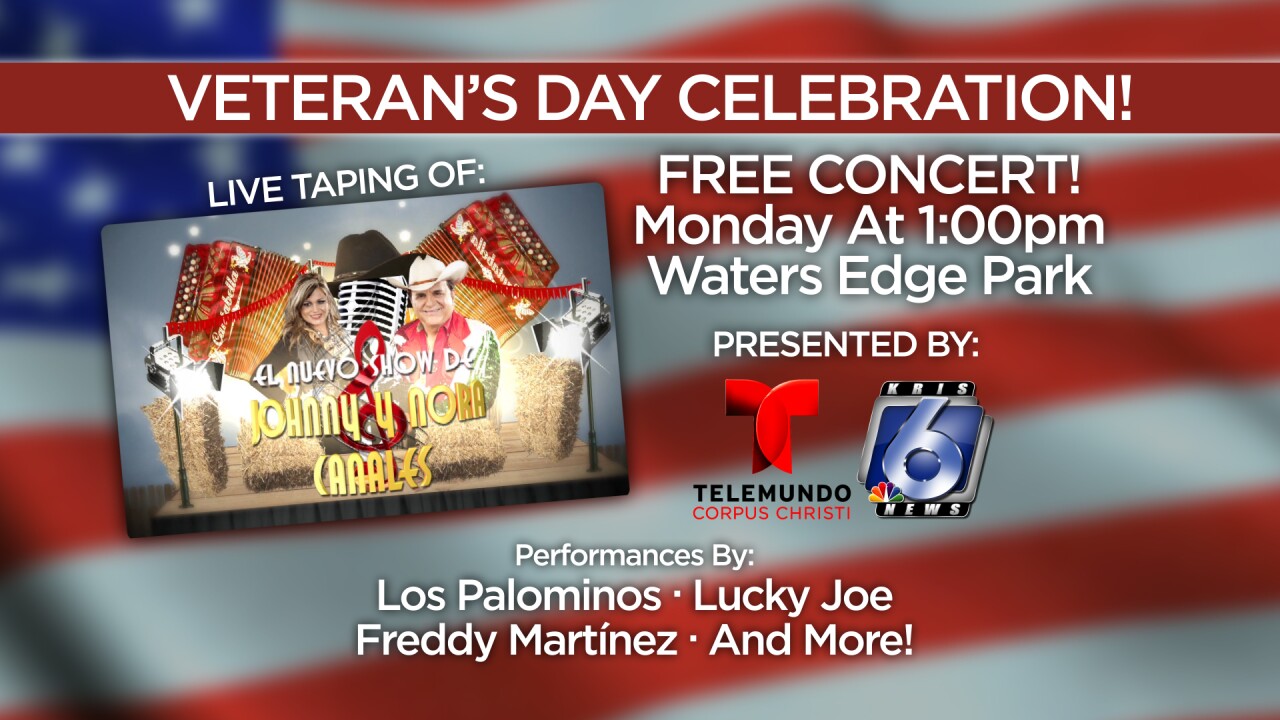 In honor of Veterans Day on Nov. 11, this free concert and taping will be held starting at 1 pm at Waters Edge Park.

Johnny is no stranger to local television viewers. In 1983, The Johnny Canales Show debuted showcasing emerging bands from Mexico and the United States. Some of his guests included Nancy, La Mafia, Mazz, Intocable, Grupo Pegasso De Emilio Reyna, Fama, Jaime y Los Chamacos, and Jennifer Peña as well as Los Tigres del Norte. It aired on Televisa in Mexico and Univision in the United States from 1988 until 1996.

Canales is also credited with one of the first live performances of Selena by her thirteenth birthday. He took Selena y Los Dinos for their first concerts in Mexico.