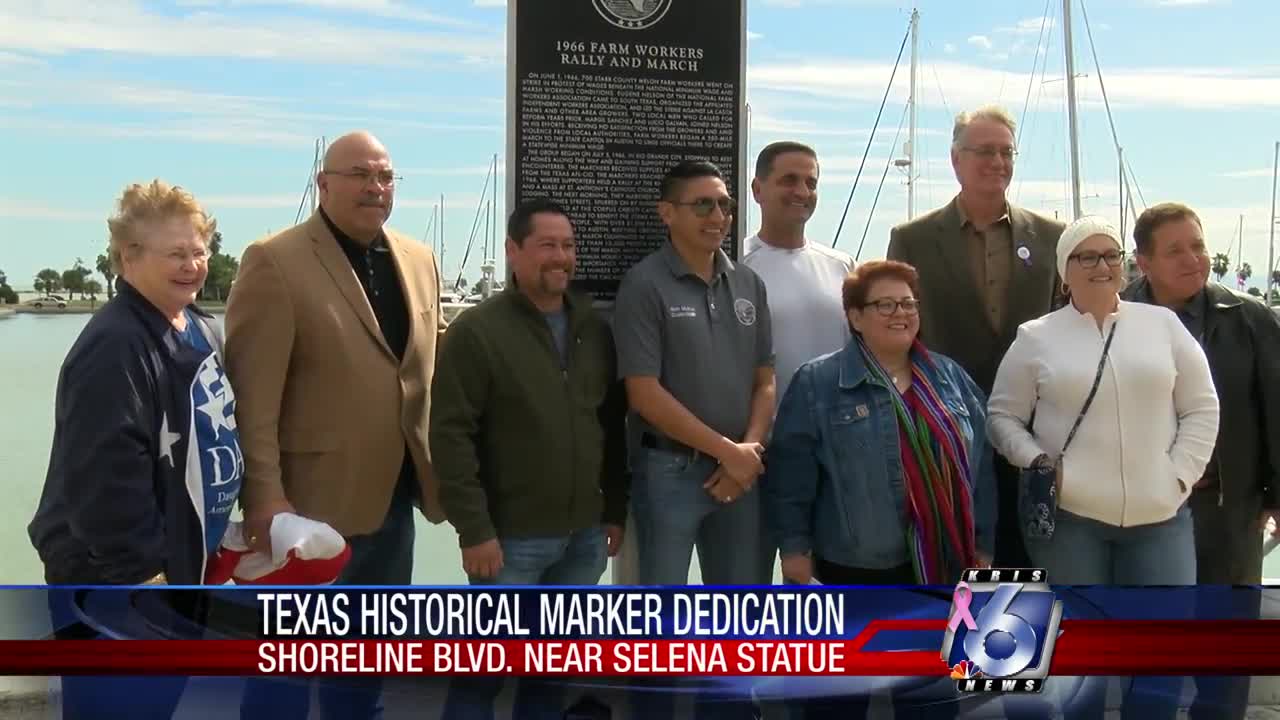 CORPUS CHRISTI, Texas — More than a dozen people gathered to honor a key moment in the fight for farm workers' rights.

A state historical marker honoring the 1966 Farm Worker Rally was unveiled this afternoon on Shoreline Boulevard.

In 1966, Texas Farmworker leader and Civil Rights leader Cesar Chavez marched from Rio Grande City to Austin to press for a state minimum wage of $1.50 an hour.

The March rolled through Corpus Christi on July 31, 1966, and held a rally on the Peoples Street T-head.

In 1970 the Texas legislature approved the state minimum wage.