On Saturday afternoon a majority of downtown Corpus Christi will be closed and filled with color and life, to celebrate the annual El Dia de los Muertos festival.

Also known as the Day of the Dead. This is a tradition that started in Mexico and has been celebrated for thousands of years.

Last year more than 30,000 people took part in one of Corpus Christi’s premiere Dia de los Muertos celebrations in the streets of downtown, and the Marina Art District.

The Corpus Christi Dia de los Muertos Festival will be held October 27th; that’s when they will celebrate their 11 anniversary, and the life and death of lost loved ones.

According to event organizers, Dia de los Muertos is one of the most important holidays in Mexico and many South American countries. 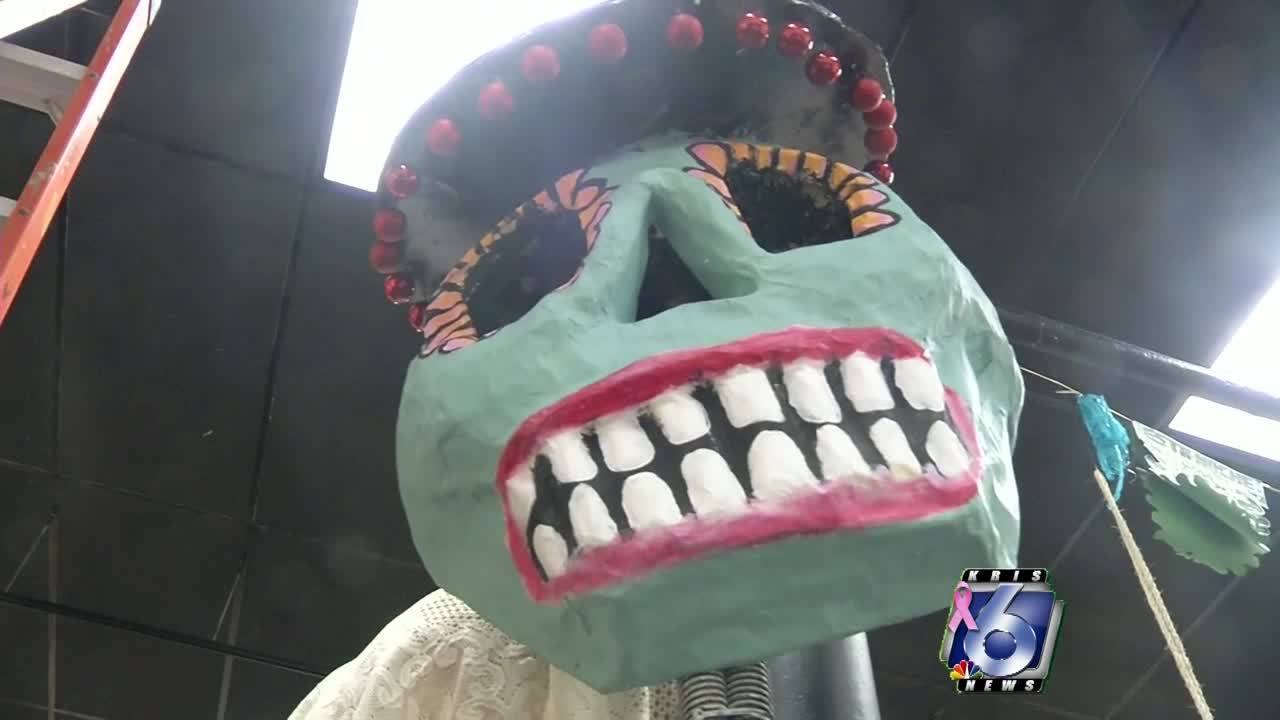 The Dia de los Muertos Street Festival is hosted by K Space Contemporary, along with many area sponsors. The event will kickoff Saturday, at 3pm and end at midnight.

This annual festival has been listed as one of the Top 10 Dia de los Muertos celebrations in the United States, and gives people a chance to experience a famous Mexican holiday and explore ten blocks of downtown Corpus Christi.

The exhibition will be held at the Bay JewelEvent Center during the festival, 3pm to 12am. No Fee to Enter. One entry allowed per student.

The label form provided must be attached to each work of art submitted.

All entries must be student’s original artwork.

Entries may not be copied from a published artwork or photograph.

Entries must have been created within the past year.

Works may be in any medium including digital meda.  K Space reserves the right to reject any work for any reason.

This festival is made possible largely due to their wonderful volunteers (and sponsors). Please consider signing up for a 3 hour shift during the festival. You will get an awesome tshirt out of the deal from this year’s festival.

They are utilizing SignUp.com this year.

Follow this link and after an easy sign in process, you will see all the shifts that will need volunteers for as well as the duties required.

•7am to 10 am: If you already know your job and work area, check in with your appointed committee leader. Otherwise, check in at K Space Contemporary, 415 Starr St.

•10 am to 10 pm: Check In at the Bay Jewel Event Center at the corner of Starr and Mesquite Streets. The Bay Jewel is hosting the Volunteer Reception Room where you can grab snacks and water and rest for a while. The Bay Jewel will have special drinks at a discounted rate available for Volunteers and Vendors at their bar.

You may have someone drop you off then walk to the Bay Jewel.

PARK N RIDE – 2:30 pm to 1 am: The RTA is providing Park & Ride from the City Hall Parking lot. Follow “Event Parking” signs from freeways. Park N Ride will drop riders off at Starr and Lower Broadway. The Volunteer Check-In booth is one block away.

MORNING VOLUNTEERS: If you are leaving the festival zone before 2 pm

PARKING: Most of the area surrounding the festival zone is blocked from parking. Parking is available on Mesquite St. near the Cosmopolitan Apartments, Upper Broadway and Water; you will need to walk 1-2 blocks to the festival zone.

Mexicans have been honoring Day of the Dead, (or All Souls Day and All Saints Day as it’s also known by Catholics) for thousands of years. It’s based on two principles in particular: One, it celebrates the lives of people who’ve passed away by luring them with gifts so they return to visit us; and two, it’s about reminiscing with friends and family, among brightly-colored decorations such as luminous marigolds, strands of hanging papel picado, and ornate calaca ( spirited skeletons).

What is Dia de los Muertos?

Dia de los Muertos is a celebration of deceased loved ones. It is believed that the gates of heaven are opened every year late on Oct. 31, and the spirits of deceased children are allowed to reunite with their families for 24 hours.

Nov. 2 is when the spirits of deceased adults join their families.

How did it start?

The celebration is centuries old. It was begun in Mexico and is widely celebrated there still. Dia de los Muertos is a blend of Aztec celebrations honoring the dead and Spanish Catholic beliefs.

How is it celebrated?

To finish the altar, or ofrendas, skulls made of sugar and decorated with frosting are put into place. The sugar skulls are often purchased at open-air markets.

The altars and accompanying feasts can be expensive, but celebrants sacrifice and save to put on the annual celebrations to honor their departed loved ones.

The celebrations begin in the home, but by the afternoon of Nov.2, the festivities move to the cemetery, where family members clean graves, listen to music and talk about the dead.

In some places, there are street parties or citywide festivals.

What are sugar skulls?

Sugar skulls are made from molds and decorated with frosting. They are placed on the altars in the homes of those celebrating Dia de los Muertos. Sometimes the skulls are eaten, but more often they are used as decorations for altars.

Sugar art is believed to have been brought to the New World by Italian missionaries in the 17th century.

Where is it celebrated?

The Day of the Dead is celebrated in many Latin American countries in addition to Mexico.