American Girl’s Newest ‘historical’ Doll Is From The 1980s 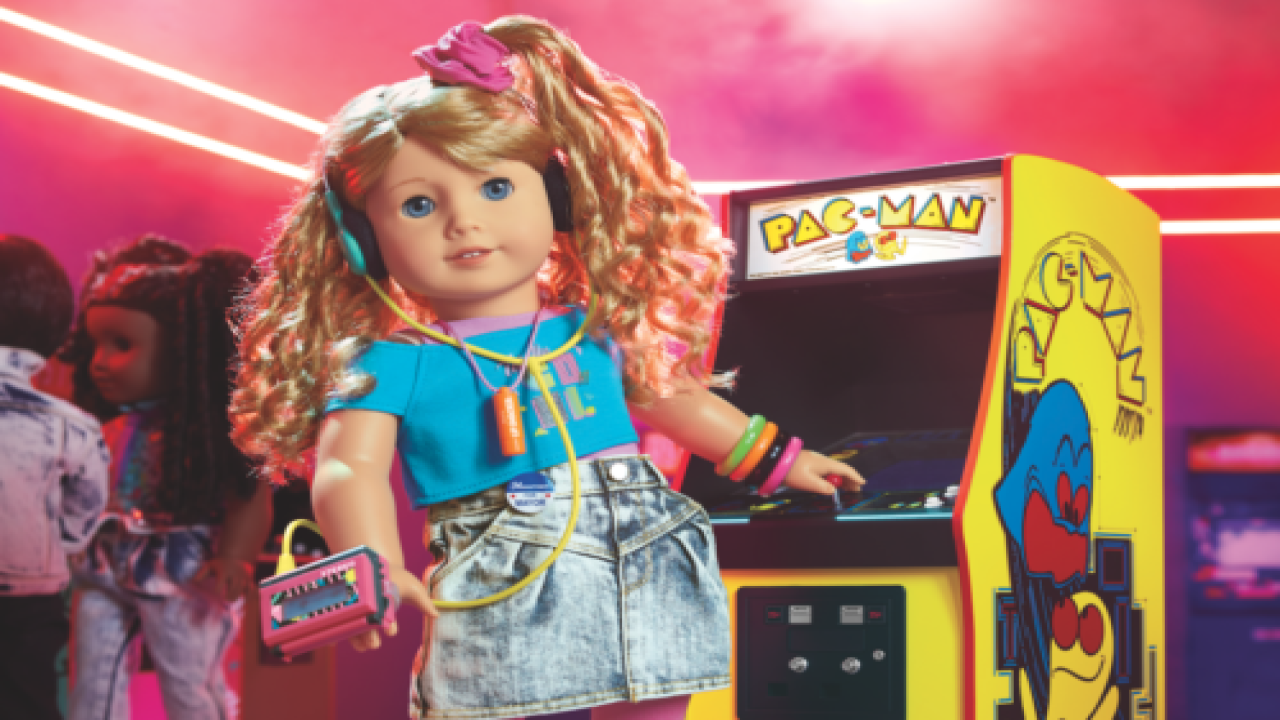 American Girl has debuted its first new historical character in three years — and, warning, this one might make you feel a bit old.

Courtney is straight from 1986 and comes with everything there is to love about the decade, including sky-high hair and neon-colored clothes.

Her story tells of major historical moments surrounding women in government and space exploration, as well as cultural shifts around blended families and emerging technology.

An avid gamer, Courtney is growing up with a blended family in the fictional town of Orange Valley, California. Just like every ’80s kid, she loves going to the mall — especially the arcade, where she’s one of the top-scoring Pac-Man players. Courtney’s love for the games goes beyond most, though, as she also likes to create them and hopes to include more girl characters.

She also has some strong female role models, including her mother, who is running for mayor, and she looks up to the astronauts on the space shuttle Challenger.

Courtney measures 18-inches tall and has curly sandy-blonde hair that can be worn in the classic ’80s style of a high side pony. She comes with accessories like a pretend cassette player and tape, colorful bangle bracelets and pretend Lip Smacker lip balm. Her main outfit is a high-waisted denim skirt, a bright blue off the shoulder crop top and white faux-leather slouchy boots.

Accessories sold separately include Lisa Frank-style school supplies, numerous outfits and a bedroom set with more than 25 pieces, including a hot pink bunk bed, two rainbow comforters and pillows, and a see-through phone that lights up and rings.

To celebrate Courtney and her interest in creating video games, American Girl is partnering with Girls Who Code, a nonprofit that’s on a mission to close the gender gap in tech. From now through Dec. 31, American Girl is matching customer donations up to a maximum of $50,000 to support the organization’s programming and outreach to girls. The company is also providing $5,000 scholarships to four Girls Who Code members.

While Courtney may have you feeling a bit old thanks to her “historical” title, American Girl also has dolls from 1954, 1964 and 1974. Those three dolls — Maryellen, Melody and Julie — are all perfectly styled for their generation and have adorable accessories, like a jukebox and pinball machine.

Does this mean we can expect a ’90s doll from American Girl rocking some jelly sandals and a Tamagotchi? One can only hope!