Summer-like heat and humidity this week 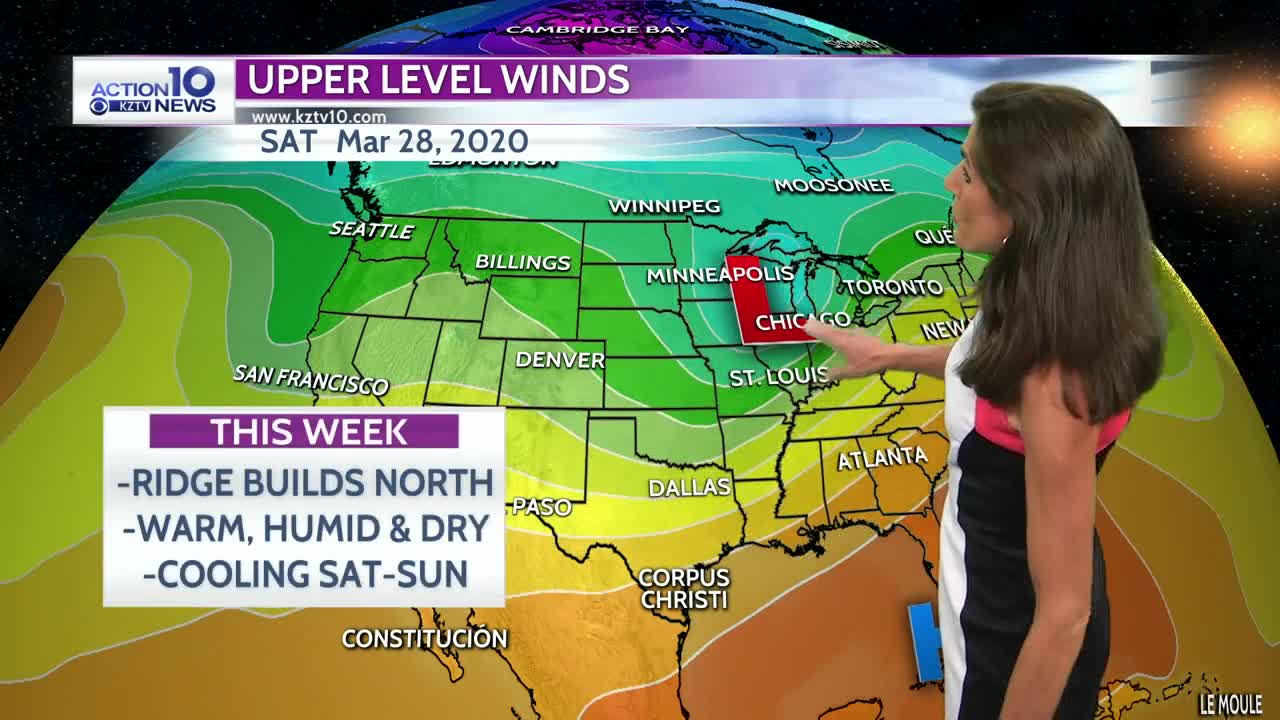 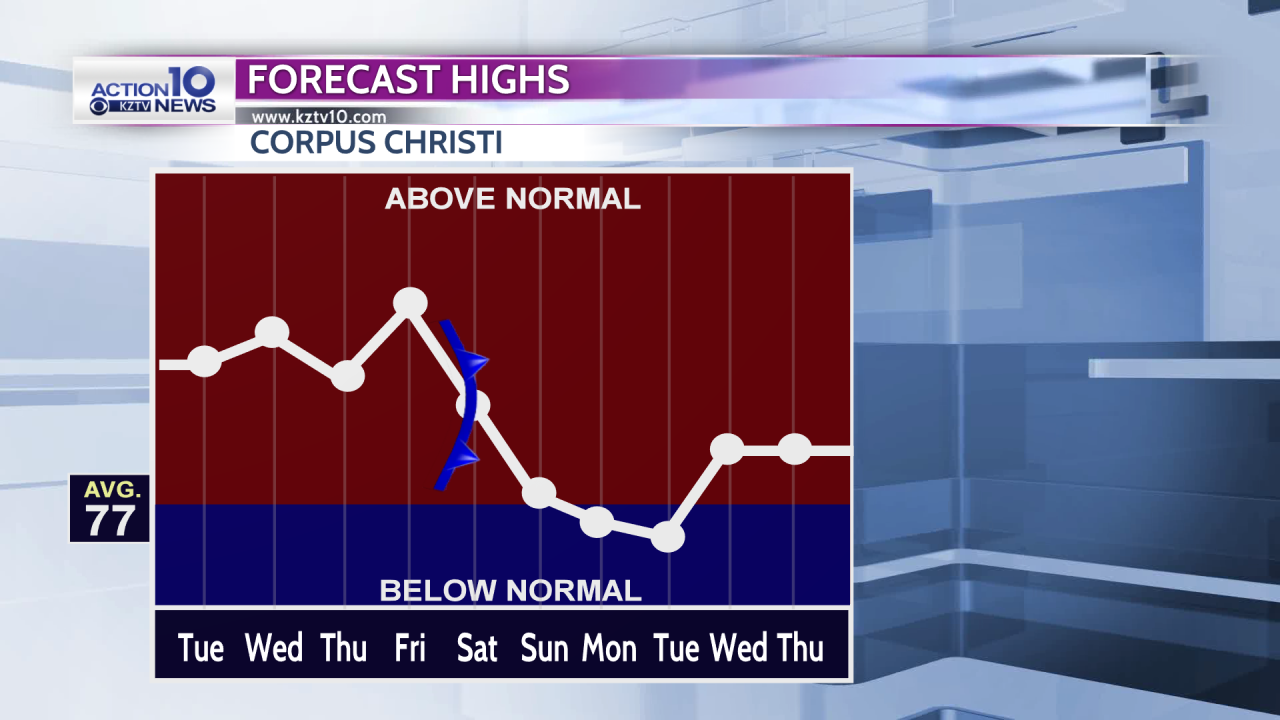 CORPUS CHRISTI, Texas — The heat and humidity has returned and will stick around through Friday before a cold front brings cooler air this weekend.

Tuesday's winds won't be as strong but will pick up Wednesday afternoon through Friday as low clouds and fog retreat to the coast and we see sunshine inland.

Fog will be thick Wednesday morning due to light winds in the morning.

Temperatures will feel more like summer with inland areas reaching into the 90s while beaches will reach the mid to upper 70s.

The humidity will be high most of the week as dew points hover near 70. A cold front is forecast to move through Saturday morning but doesn't look like it will produce much if any rainfall. Temperatures will come back down into the 70s by Sunday.

Monday Night: Fog and low clouds at the coast with partly cloudy skies inland and lows in the upper 60s to lower 70s with southeast winds at 12-18 mph.

Tuesday: Partly cloudy with highs in the upper 70s a the coast to the lower 90s inland and southeast at 10 to 18 mph.

Wednesday: Morning low clouds and fog with dense fog possible then mostly sunny inland and partly sunny coast. It will be breezy with southeast winds up to 20 mph in the afternoon and high temperatures from the mid to upper 70s at the beaches to the low to mid 90s inland.