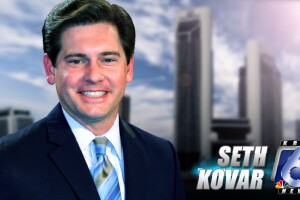 Seth is a veteran broadcaster who joined KRIS 6 in October of 2018 as a weekday reporter. He has since moved to weekend anchor.
Prior to his arrival in the Coastal Bend he was the evening, weekday anchor for KXXV in Waco. In his 15 years in the news business, Seth has also worked in Atlanta; Roanoke, Virginia; and Sherman, Texas.
The 2003 graduate of the University of Texas is an avid Longhorn fan who attends as many football and baseball games as possible. He's also a die-hard Texas Rangers fan and a Dallas Cowboys fan to a slightly lesser extent.
In his free time, Seth likes to binge watch Netflix shows. He also enjoys cooking, but he could use some practice.