A local business is working to make sure families affected by Hurricane Harvey get the food they need.

Citgo donated a new refrigerated mobile food pantry this morning to the Coastal Bend Food Bank. It will be used to deliver food to storm victims in the outlying areas of Corpus Christi. 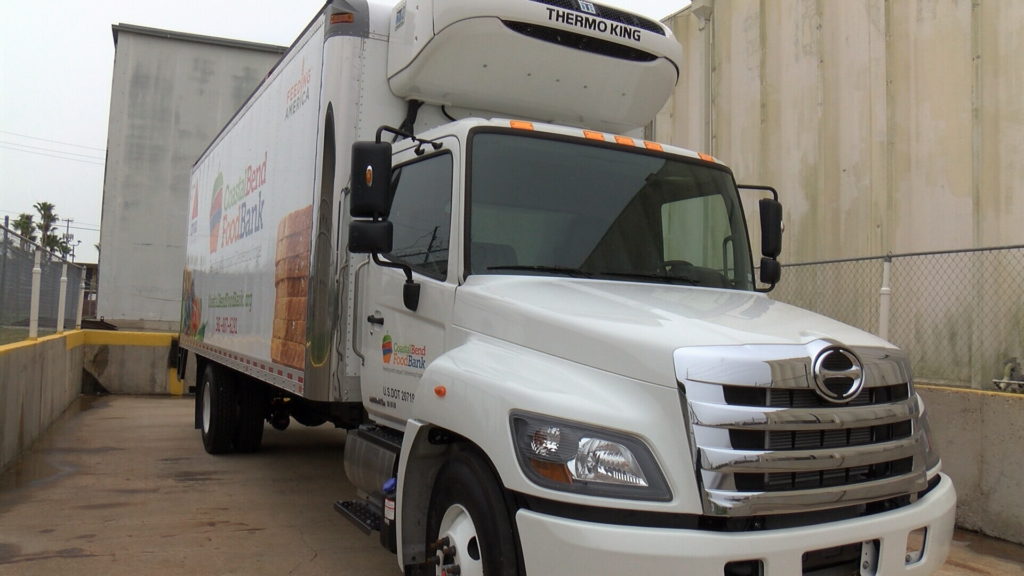 Bea Hanson, the executive director of the Coastal Bend Food Bank, said this surprise donation is the answer to their prayers.

“We are always struggling, having enough transportation for our products,” Hanson said. “So, we can reach people in the rural communities and this has been the tool that we needed so that we can get more people served as they deserve.”

The Food Bank currently serves 7,900 people in the Coastal Bend every week. Their service currently includes one rural community a day.

With the new truck, the Food Bank will be able to serve two rural communities a day.

Their current truck is always out. It makes 27 distribution trips a month.

Hanson said the Food Bank has been trying to help storm victims in Port Aransas, Aransas Pass, Gregory, Rockport, parts of San Patricio County and Nueces County who were affected by Hurricane Harvey.

“I drove out to Port Aransas and noticed all the condos going to Port A, with the exception of Port Royale, are still closed,” she said. “So that means there’s hundreds of people without jobs still.

“A lot of people in those areas haven’t gotten back on their feet.”

Several people who have visited their food distribution sites in Port Aransas and Rockport have told her they now have part-time jobs but they’re not financially where they used to be when they had full-time employment, Hanson said. 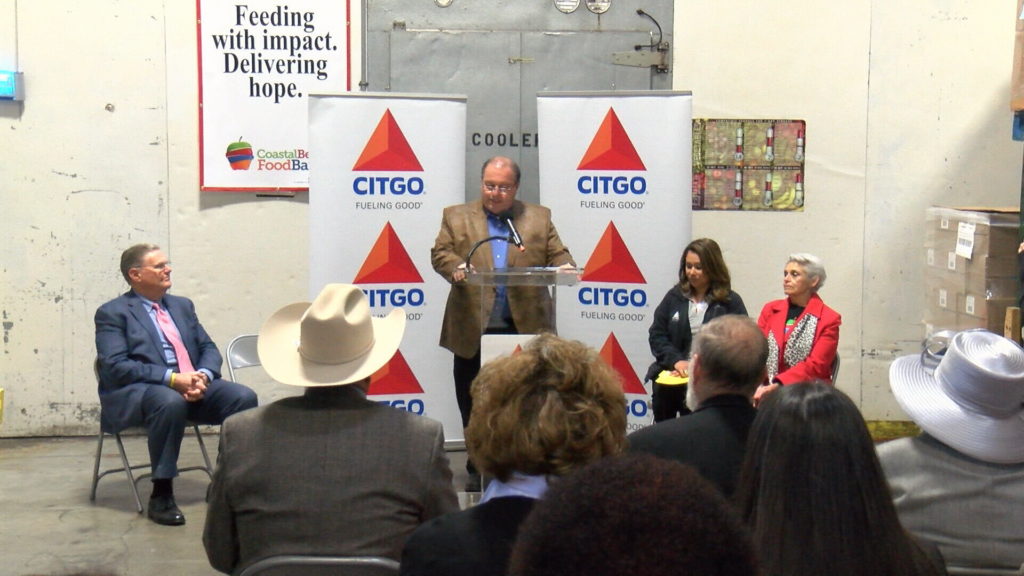 “You know there was a tremendous amount of people affected by Hurricane Harvey and as a result they’re struggling. Because of that, we want to make sure they don’t struggle as much,” Elizondo said.

Today’s donation is part of Citgo’s “Fueling Good, Rebuilding Lives” initiative. Citgo has committed more than $10 million to storm recovery through the year 2020.

Citgo purchased three food trucks. The other two will be sent to Houston and Lake Charles, La., later this week.