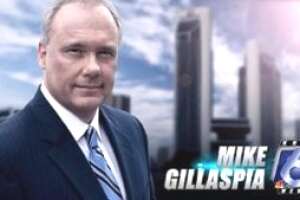 A native Texan, Mike has lived and worked in San Antonio, Dallas-Fort Worth and Midland-Odessa. In 2005, he and his family moved to Portland, Texas, deciding to make the Coastal Bend their permanent home.

In 2013, Mike re-joined KRIS6 News, following a previous stint from 2007 to 2010, and currently Anchors both 6 News Sunrise and 6 News at Noon. Together, he and his wife, Shannon, have four children.