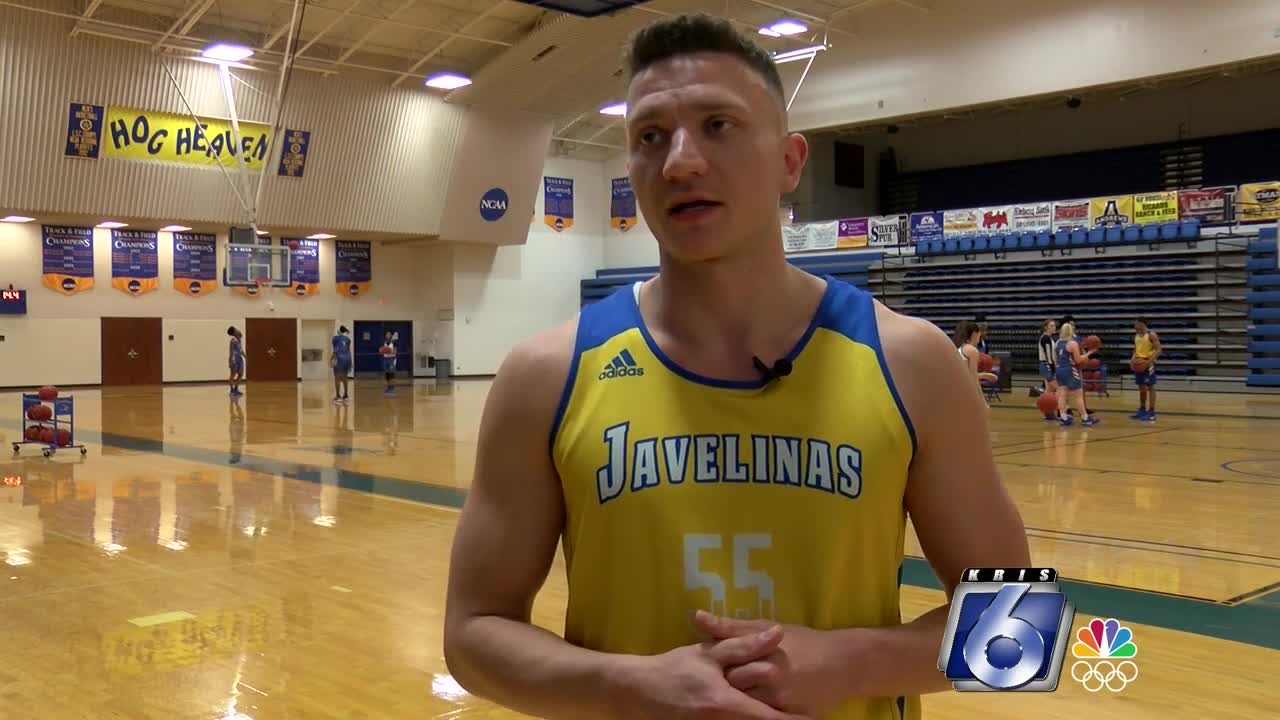 Javelina's John Guerra has a different calling, to be a Navy Seal

CORPUS CHRISTI, Texas — John Guerra is a graduate transfer for the 2019-2020 Texas A&M Kingsville Javelina's men's basketball team. He has been all over the country and his final year of eligiblity to play the sport he loves has brought him to the Coastal Bend where he is helping lead the team to one of their best seasons in recent memory.

However, basketball is not in Guerra's future once he ends his season with the team. He has found a higher calling.

"Once I finish my masters degree in business administration I'm going to enlist in the navy," Guerra said. "My plan is to become a navy seal."

Yes, the Navy Seals. One of the, if not the most prestigious, rigorous branches of the military the United States has to offer. A basketball player plans on serving his country and that military background has been a part of his life for years now.

John's older brother served in the Green Berets, another high up branch of the armed forces. The military background in life has allowed him to develop a trait he's found to be important on the court and in life.

"Discipline is essential to achieving success," he said. "With discipline comes great responsibility."

His strong sense of discipline has propelled him as one of the leaders of a very experience bunch.

"He is a leader back action," Javelinas head coach Johnny Estelle said. "He is not just vocalizing things, he makes things happens with his daily actions."

Guerra says there are a lot parallels between the sport of basketball and the military life that he will soon join.

"The idea of working with your teammates in order to achieve a goal, that to me is what I love about what we do here," he said. "In the military it is similar, the stakes are higher because we are talking about life and death."

Right now, Guerra is enjoying his final year of the college lifestyle and playing the game that he loves.

"This chapter in my life right now is about being the best basketball player I can be," he said.

His head coach trusts him on the court and trusts him to protect the country.

"I don't know what else we need defending our country, but if I need someone defending me John Guerra is definitely the guy I want," Coach Estelle said.

The Javelinas have four regular season games remaining in the 2020 season.