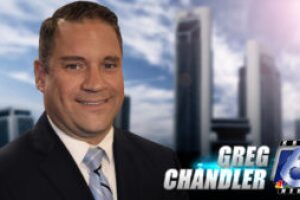 Greg Chandler joined the KRIS 6 News team in September 2017, switching to news after more than a decade covering sports.

While in Minnesota, Greg was part of a team that won Upper Midwest Emmys for Best Newscast and Station Excellence. Individually, Greg won Midwest Broadcast Journalists Association awards for Best Sportscast in 2010 (Award of Merit) and 2011 (First Place).

Born and raised in Buffalo, NY, Greg is also a veteran, having served in the U.S. Army as a Broadcast Journalist from 1993-1997. He is a graduate of the Defense Information School (DINFOS).

When not working you can find Greg hanging out with his dog Bella, on a golf course or following his favorite band, Phish.